We evaluated markers of osteocyte maturity and FGF23 expression by immunohistochemistry (IH) and immunofluorescence (IF) and osteocyte apoptosis by TUNEL staining in iliac crest of 11 dialysis pts age 15.8+0.8 years who underwent bone biopsy before and after 8 mos of doxercalciferol (D) therapy. Bone protein expression was evaluated by Ariol scanning of IH. Numbers of FGF23-expressing osteocytes were counted and normalized by bone area. RNA was extracted from cores and evaluated by qRT-PCR. 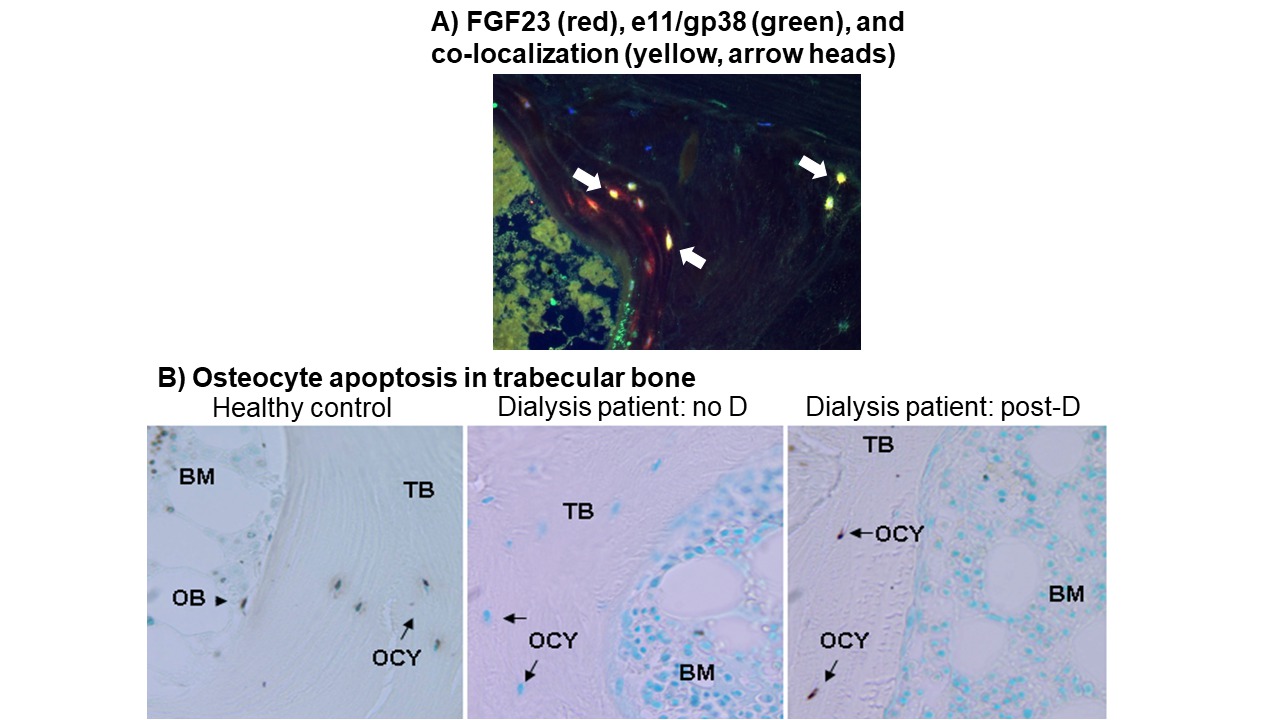