A New Spheroid Model of the Glomerulus

A New Spheroid Model of the Glomerulus

2D models of glomerular cells are limited in their ability to recreate accurate morphology and protein expression. The purpose of this project was to produce a 3D co-culture of conditionally immortalised human podocytes and glomerular endothelial cells (GEnCs), more translationally representative of glomerular health and disease for medium-throughput pharmaceutical compound screening.

Podocytes and GEnCs in spheroid co-culture self-assembled into a glomerulus-like structure, whereby peripheral podocytes wrapped a core of endothelial cells. An organised layer of extracellular matrix formed between the two cell types. A combination of TGFβ and adriamycin caused significant podocyte effacement. TGFβ alone was sufficient to induce a significant increase in expression of the GBM protein collagen IV. Incubation with an antifibrotic compound (Nintedanib) significantly reduced both of these effects.

An in-vitro spheroid model demonstrating two key aspects of glomerulosclerosis (foot-process effacement and matrix dysregulation) has been developed. This model is more physiologically relevant than 2D cultures, whilst being reproducible and scalable. 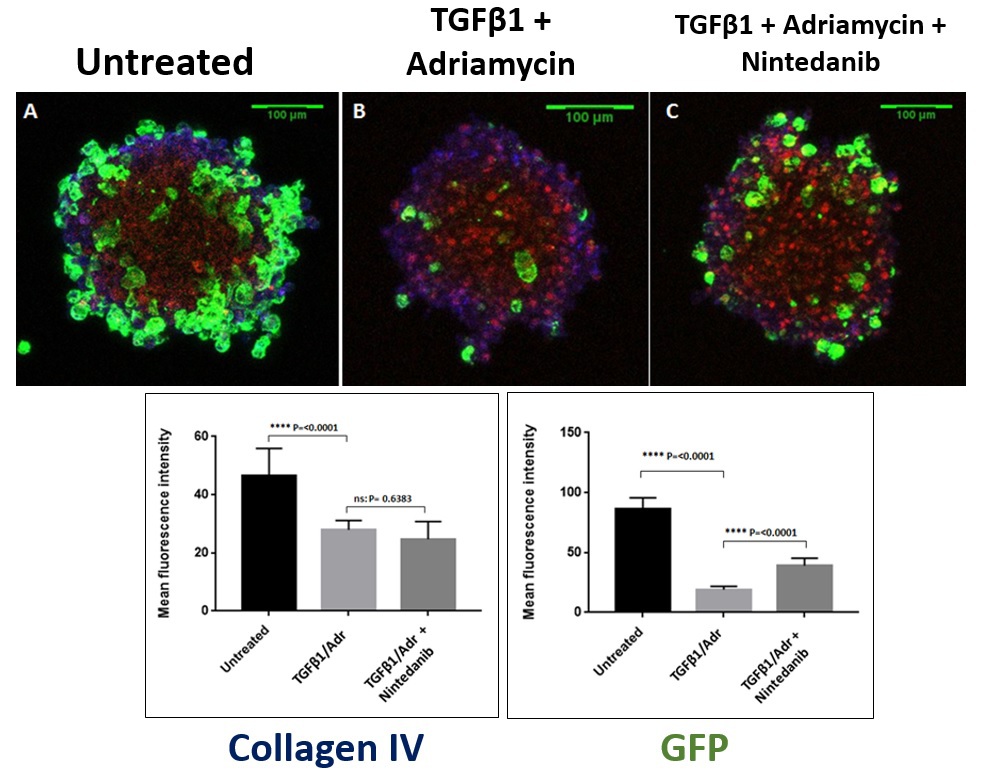 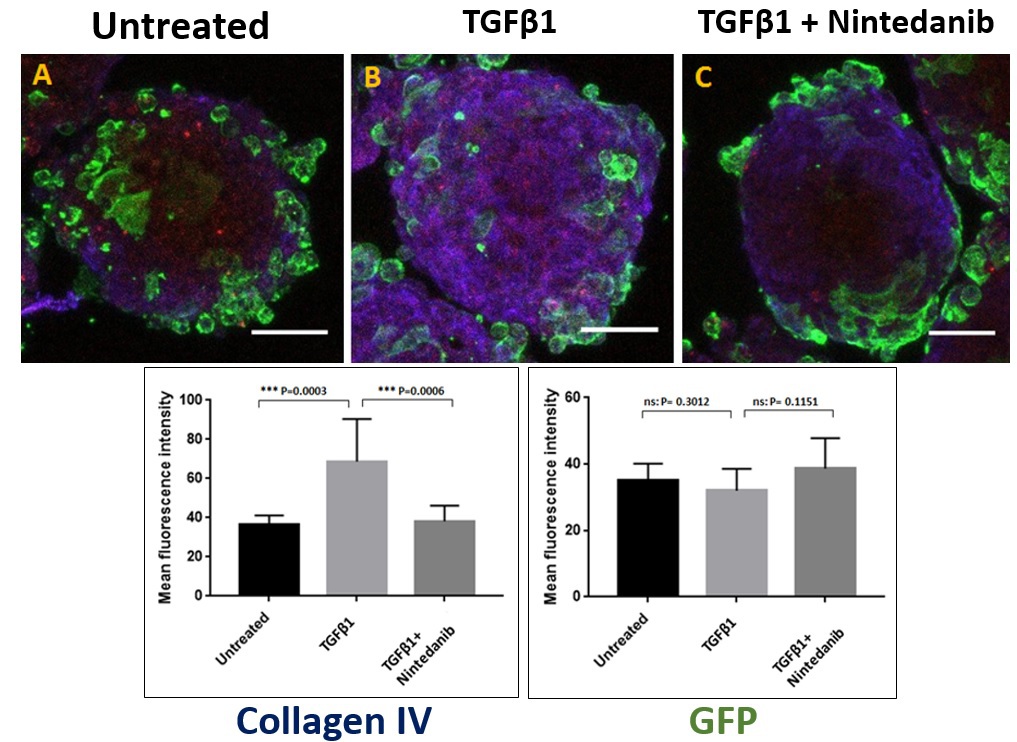