Vascular calcification (VC) is the pathological deposition of calcium and phosphate minerals in the walls of the cardiovascular system. At present, there is no approved pharmacological treatment and affected individuals are left at great risk of experiencing cardiovascular events and death. Herein, we describe a new class of inhibitors of VC based on the previously reported inhibitor myo-inositol hexaphosphate (IP6), with improved drug-like properties.

INS-3001 was superior to natural IP6 with regard to serum calcification propensity, in vitro stability and efficacy in cell culture models. Thus, the presented in vitro data provides support for the further development of INS-3001 as an inhibitor of vascular calcification. 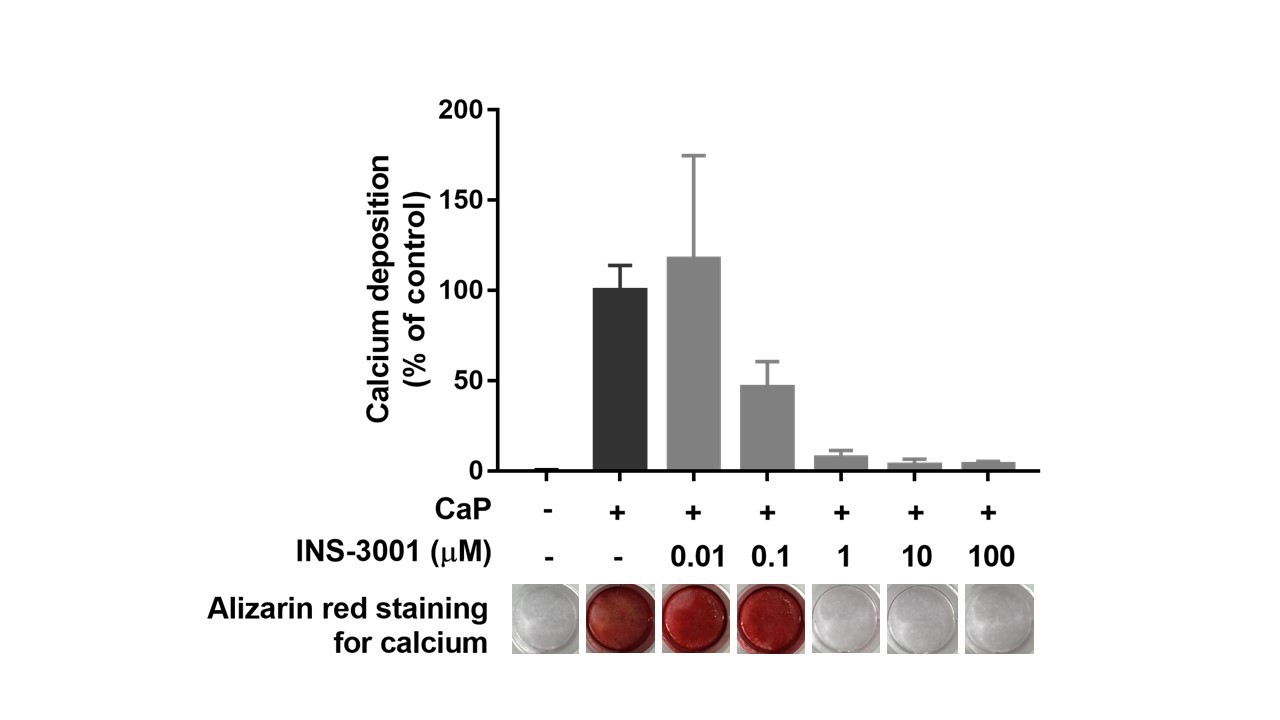