Tumor lysis syndrome (TLS) causes acute kidney injury (AKI) and is a complication of cancer chemotherapy. TLS risk is classified by malignant disease type. Although multiple myeloma (MM) is a low-risk disease, treatment by novel therapies, including bortezomib (Bor), may increase TLS risk. Thus, we evaluated the association between Bor-based therapy and TLS in MM patients.

We retrospectively reviewed patients who received first-line therapy for untreated symptomatic MM between May 2007 and December 2017. Patients treated by Bor-based therapy comprised the Bor group; all remaining patients (i.e., those treated by conventional anti-cancer agents) comprised the Non-Bor group. Incidences of laboratory and clinical TLS (LTLS and CTLS) during first-line therapy were compared between groups.

Bor-based therapy may increase risk of AKI in LTLS and CTLS, even with prophylactic interventions. TLS risk must be further evaluated in low-risk diseases such as MM, as an increasing number of novel therapies can achieve tumor shrinkage. 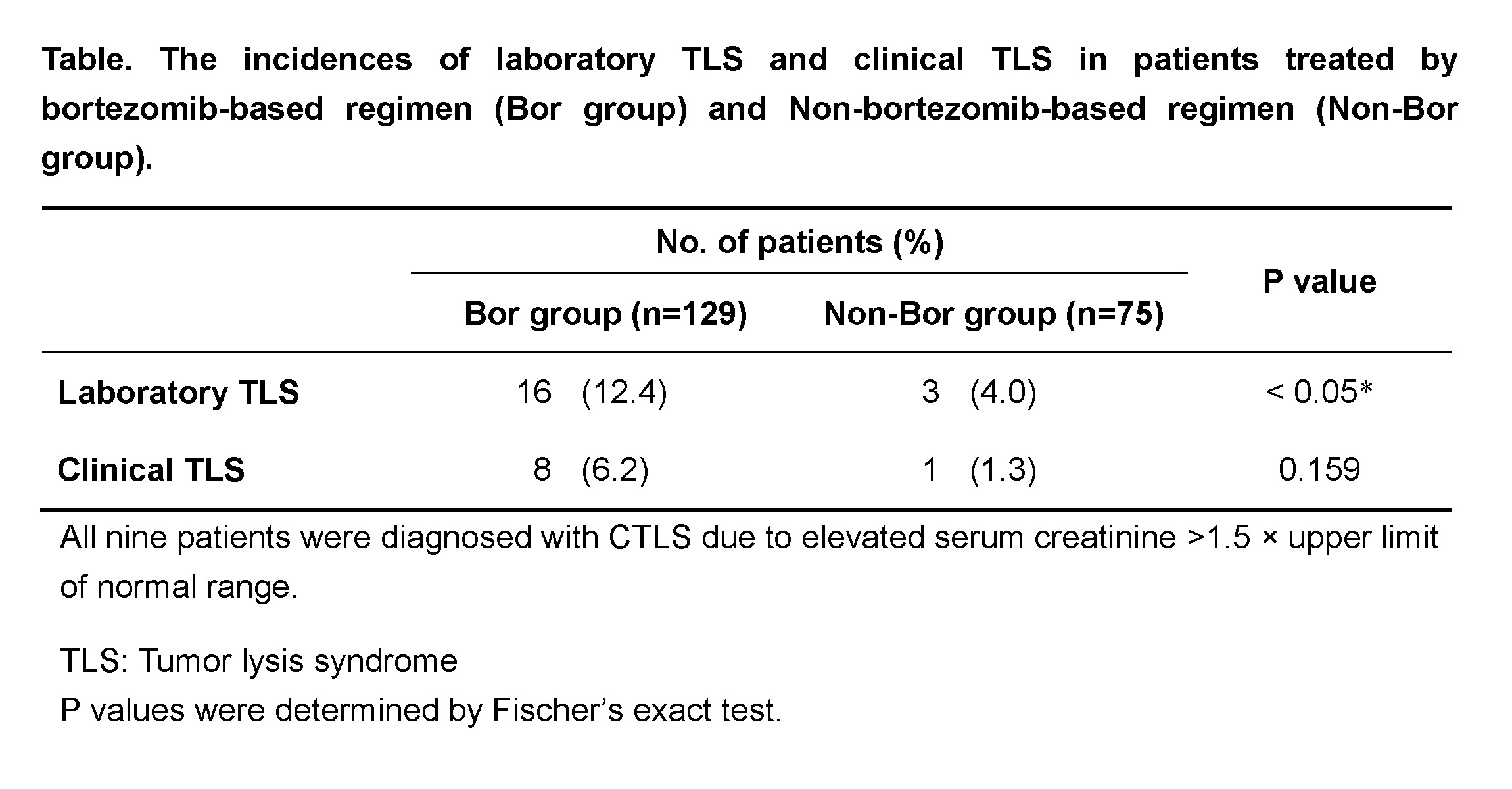