Renal donation after circulatory death (DCD) is associated with increased of delayed graft function (DGF) events shortly after transplant and with a decrease in renal function at 1 year compared to donation after neurological death (DND). Machine cold perfusion has been suggested to reduce incidence of DGF and improved long and short-term function in marginal kidneys and those obtained from DCD donors. We compared several early biomarkers of renal injury in perfusate of kidneys from DCD and DND.

Perfusates from DCD and DND were collected (n=25) at the beginning (T0) and at the end (T1) of perfusion and analyzed by Luminex technology for neutrophil gelatinase-associated lipocalin (NGAL), Cystatin C, Kidney Injury Molecule-1 (KIM-1), Monocyte chemoattractant protein-1 (MCP-1), and trefoil factor 3 (TFF3).

Donor kidneys characteristics are resumed in Table. The highest levels of early biomarkers of renal tubular injury were seen for the DCD compared to DND kidneys for all markers except for MCP-1, the key chemokine that regulate migration and infiltration of monocytes/macrophages (Figure). No differences are reports for DGF of recipients.

Comparison of the perfusates from the different types of kidneys has allowed us to identify increased levels of biomarkers, representatives of increased acute tubular damage, that will be useful in future research into improving DCD kidneys outcome. 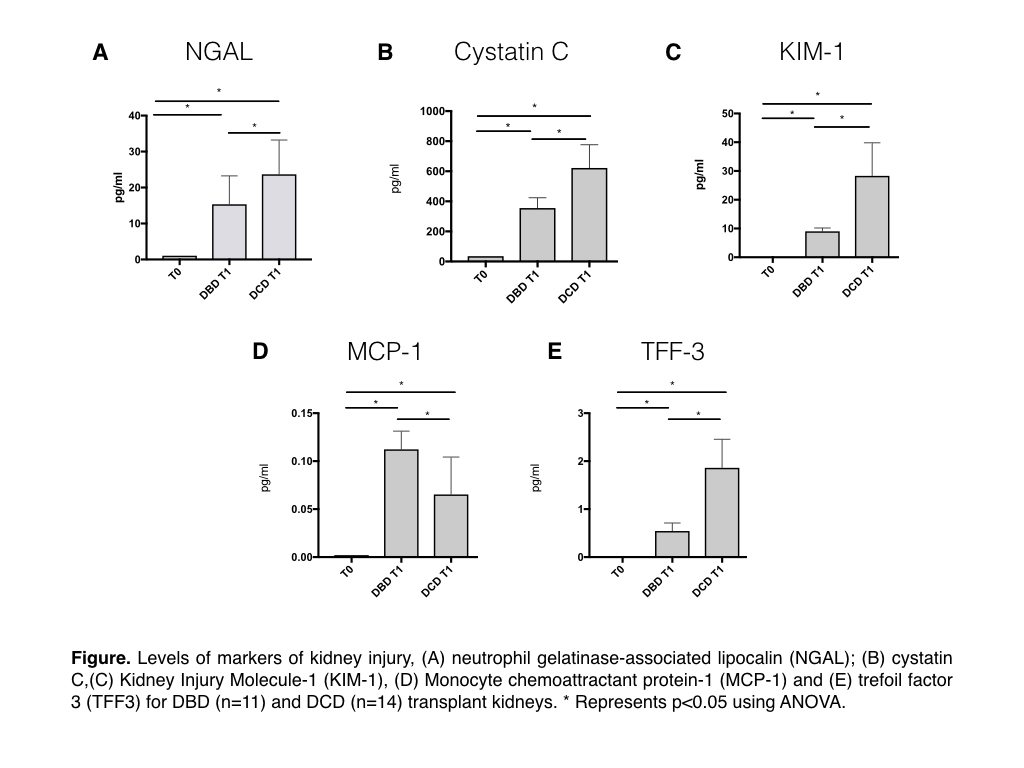