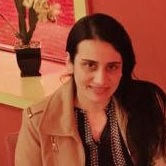 UUO and adenine diet-induced oxidative stress and renal fibrosis were exaggerated in absence of mitophagy. Deficiency of PINK1 in macrophages resulted in decreased phosphorylation of MFN2, suppressed recruitment of Parkin to mitochondria and rictor-mediated reprogramming of macrophages towards M2/profibrotic phenotype.