Building three-dimensional human renal tissues that recapitulate native physiological functions is a grand challenge. To date, progress towards developing 3D proximal tubule (PT) on chip has resulted in significantly improved cell morphology and function, akin to that observed in vivo. However, absent a perfusable vasculature that is essential to sustained renal reabsorption, these microphysiological systems are unable to replicate key kidney functions, such as tubulovascular exchange.

Here, we report the bioprinting and characterization of a 3D vascularized proximal tubule (PT) on chip that contains two co-localized channels embedded within an engineered extracellular matrix (ECM). In our model, the co-localization of the independently addressable PT and vascular channels combined with the high permeability of our engineered ECM enables effective vectorial transport of solutes. Specifically, we quantitatively measured the vectorial transport of glucose and albumin using a closed-loop perfusion system.

We demonstrated that glucose reabsorption from the PT lumen to the vascular lumen is substantially improved by their 3D lumen geometry and fluid flow. We also observed that the glucose reabsorption by the confluent epithelium is reduced upon administering Dapagliflozin (SGLT2 inhibitor). Finally, to explore a disease state, we created a hyperglycemic condition by quadrupling the glucose level in the PT channel and studied its effect on confluent endothelium within the vascular channel. We found that hyperglycemia-induced endothelial dysfunction is also reduced by inhibiting glucose transporters in the PT channel.

We have created a 3D vascularized PT on chip model that exhibits renal reabsorptive functions in vitro, which is relevant for drug screening, mechanistic safety studies, and disease modeling. 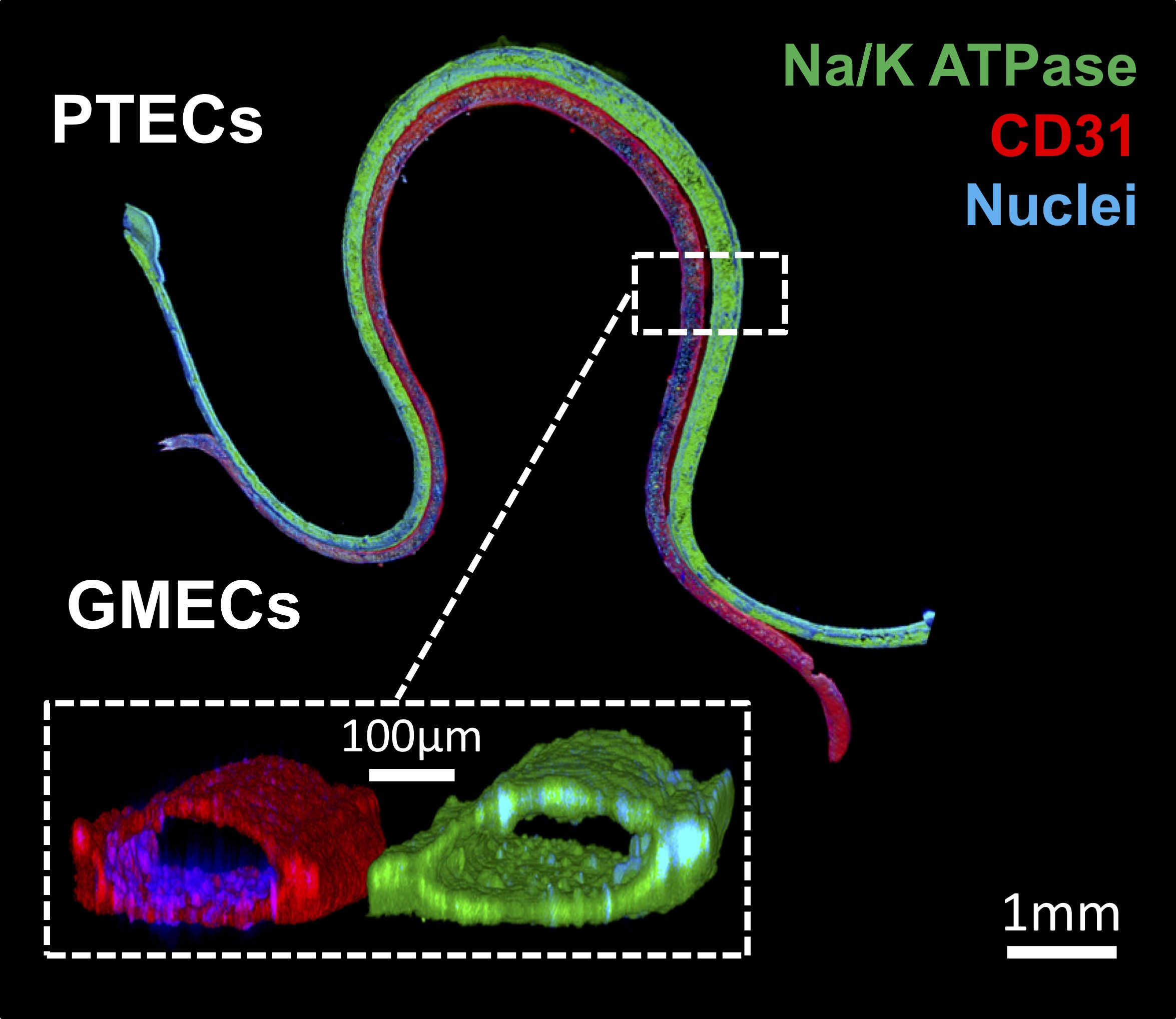