Impact of Rescheduling a Missed Hemodialysis Treatment on Clinical Outcomes

Impact of Rescheduling a Missed Hemodialysis Treatment on Clinical Outcomes

Dena E. Cohen is a medical writer with DaVita Clinical Research. She holds a bachelor's degree in biology from the Massachusetts Institute of Technology, and a PhD in genetics from Harvard University.

Among patients treated with hemodialysis (HD), a missed treatment is associated with elevated hospitalization risk in the subsequent 30 days. It is not known whether attending a rescheduled treatment on the following day ameliorates this risk.

This retrospective study used electronic health records and 2014 USRDS claims merged via direct linkage. Eligible patients were adults receiving HD on a Monday/Wednesday/Friday schedule who, as of index, had dialysis vintage ≥90 days, available Medicare A & B claims, and had not missed a treatment for any reason in the 30 days prior to index. For each of 12 index dates, patients were classified based on attending treatment; those who did not were classified as “rescheduled” or “missed” based on whether or not they dialyzed the following day. In separate analyses, "rescheduled" and "missed” patients were each matched (1:5) to patients who attended based on index day of week and propensity score. Hospitalization was considered over the subsequent 7 and 30 days, or until censoring, and compared using generalized linear models.

Rescheduling treatment attenuated but did not fully mitigate the hospitalization risk imposed by a missed treatment. 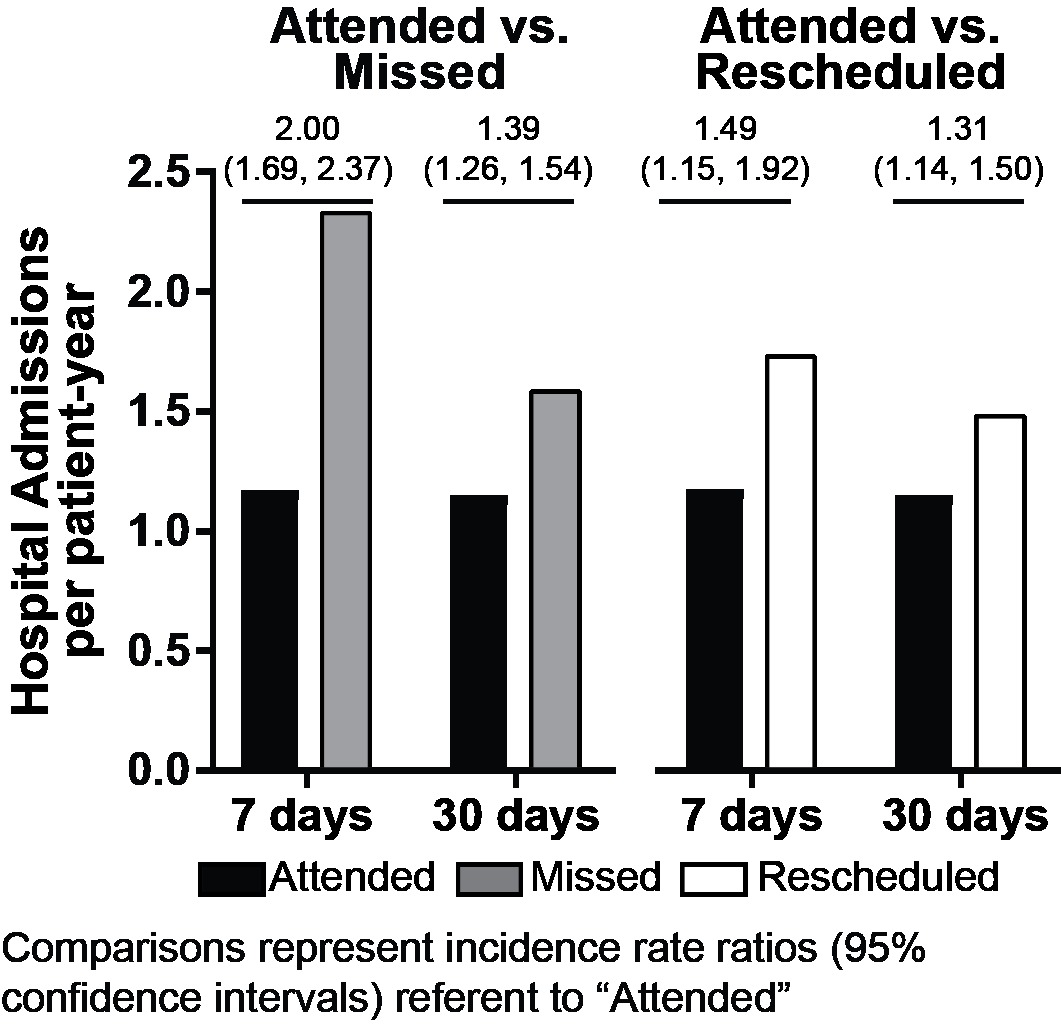