The Association of Plasma Inflammatory Mediators with CKD and Mortality After AKI: The ASSESS-AKI Study

The Association of Plasma Inflammatory Mediators with CKD and Mortality After AKI: The ASSESS-AKI Study

Inflammation contributes to development and progression of chronic kidney disease (CKD) after acute kidney injury (AKI) in preclinical studies. We evaluated the association of plasma inflammatory mediators with clinical outcomes in the longitudinal cohort of the ASSESS-AKI study

The CKD composite outcome occurred in 297 (19%) participants and 309 (20%) died after 4.8 (3.4, 5.9) years of follow-up. Participants with AKI were more likely to experience CKD outcome than non-AKI participants [207 (27%) vs. 90 (12%)]. In a multivariable analysis controlling for eGFR, albuminuria, smoking, body mass index, and AKI status, TNF-α levels at both hospitalization and 3-months after discharge were associated with higher risk of CKD (Figure), whereas none of the other biomarkers were associated with CKD. At 3 months after hospital discharge, IL6 and IL8 levels were associated with an increased risk of death, which remained significant after controlling for C-reactive protein. 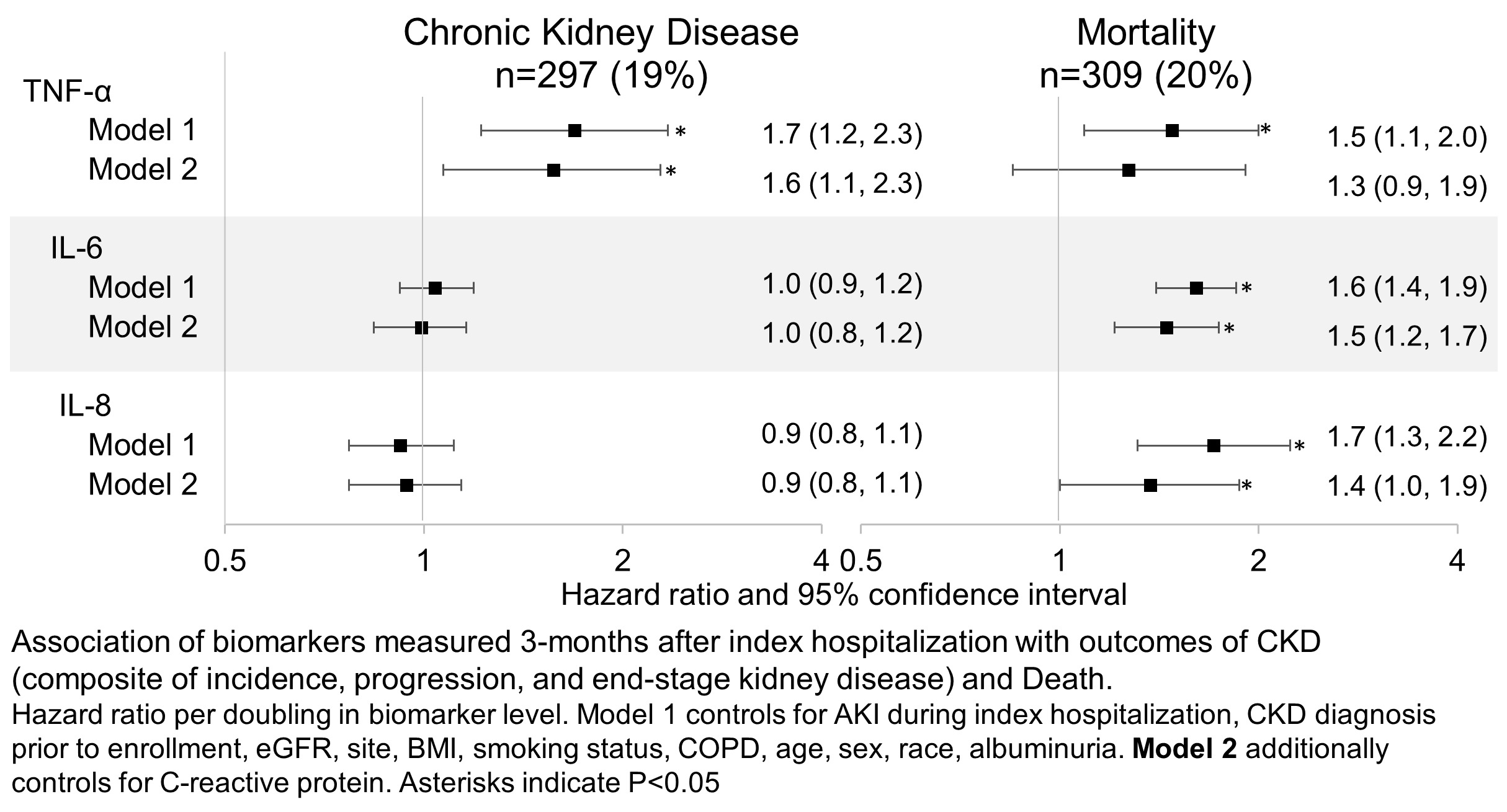