Congenital urinary tract obstruction (UTO) is a leading cause of chronic kidney disease in children. Intrarenal urothelial remodeling occurs prior to parenchymal injury, and formation of a protective uroplakin (Upk) plaque is a key feature of UTO remodeling. Little is known about progenitor-progeny relationships within the renal urothelium during development, precluding efforts to promote adaptive urothelial remodeling during UTO.

Renal urothelium thinned as RUC specification occurred. The identification of Upk+ RUCs at E16 coincides with the initiation of urine production. The appearance of Upk+ prior to Krt5+ RUCs indicates an earlier need for terminally differentiated characteristics, while co-localization of EdU to Krt5+ RUCs suggests a developmental progenitor role. Lineage assays will determine progenitor-progeny relationships and establish model systems to evaluate candidate pathways utilized during UTO remodeling. 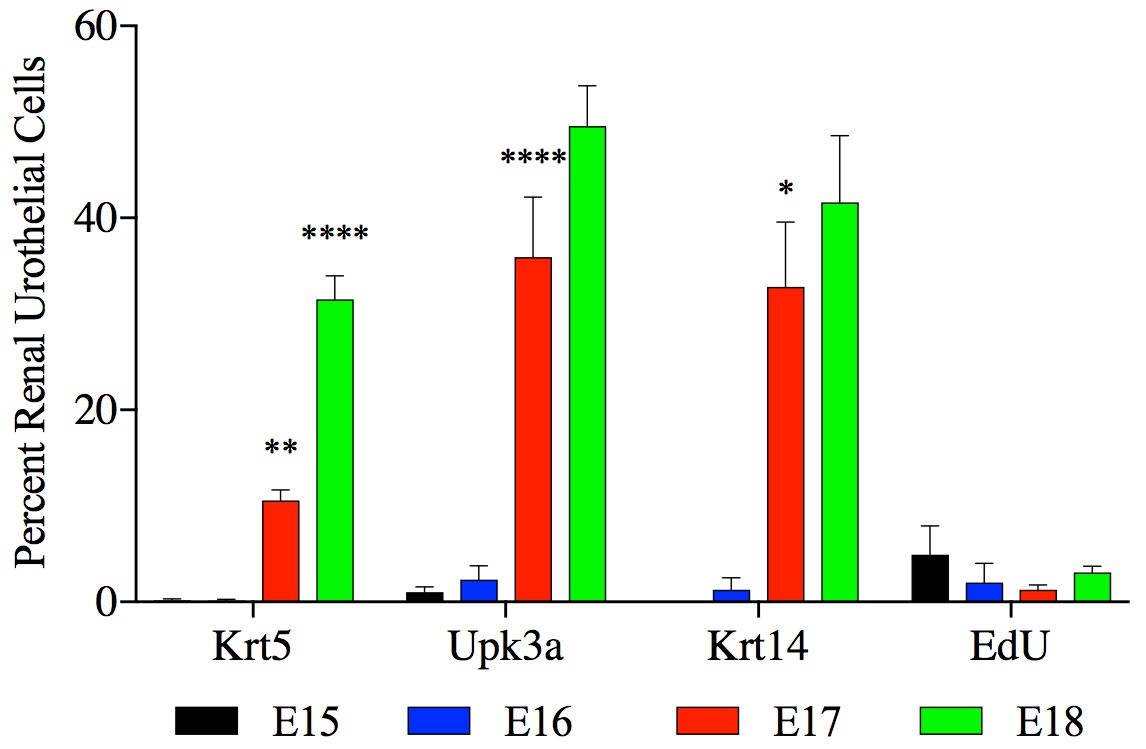