Adherence to medications often fluctuates over time. We identified distinct trajectories of adherence to thienopyridines after percutaneous intervention (PCI) with stenting in patients on dialysis and hypothesized that better adherence would be associated with lower risk of cardiovascular events.

Using the U.S. Renal Data System, we identified all adult patients on dialysis who underwent PCI with stenting from July 2007 to December 2012, filled a discharge prescription for a thieneopyridine, and survived the following 6 months. We applied group-based trajectory modeling to categorize patients into patterns of thienopyridine adherence in the 6 months after discharge. We used Cox regression to estimate the hazard ratios for the composite outcome of myocardial infarction, revascularization, and death associated with each trajectory.

Consistently high adherence to thienopyridines was associated with a lower unadjusted risk of cardiovascular events than other trajectories of adherence. Further work to identify correlates of these trajectories may help inform interventions to improve adherence and potentially reduce adverse outcomes. 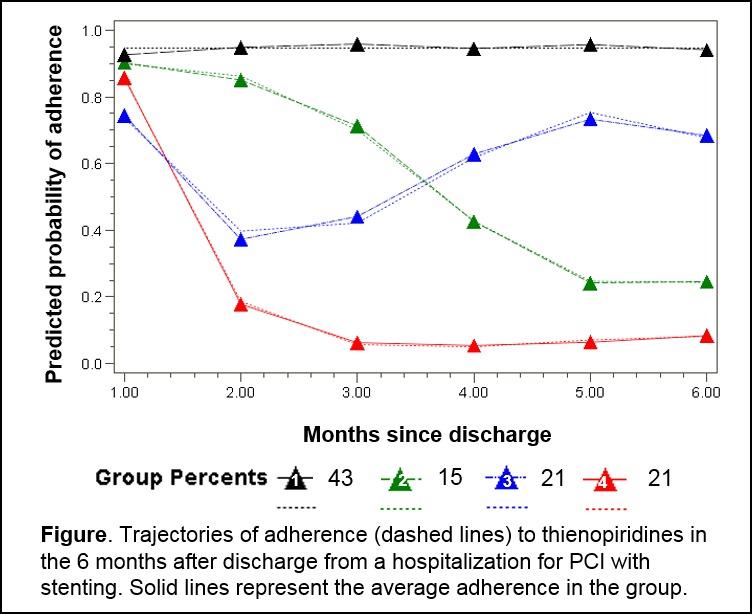