We used the multicenter eICU Collaborative Research Database to identify 4,736 adult non-dialysis patients admitted to ICU with acute stroke between 2013 and 2015. Baseline renal function was defined as estimated glomerular filtration rate (eGFR) calculated by the MDRD equation based on the first serum creatinine within 24 hours of ICU admission. AKI was defined based on the Kidney Disease: Improving Global Outcomes guidelines. We used a multivariable logistic regression with a restricted cubic spline of eGFR and an interaction with AKI to estimate the probability of in-hospital mortality according to baseline eGFR among patients who did and did not develop AKI.

Both eGFR on admission and AKI are strong predictors of in-hospital mortality and the impact of eGFR is stronger among patients who develop AKI. 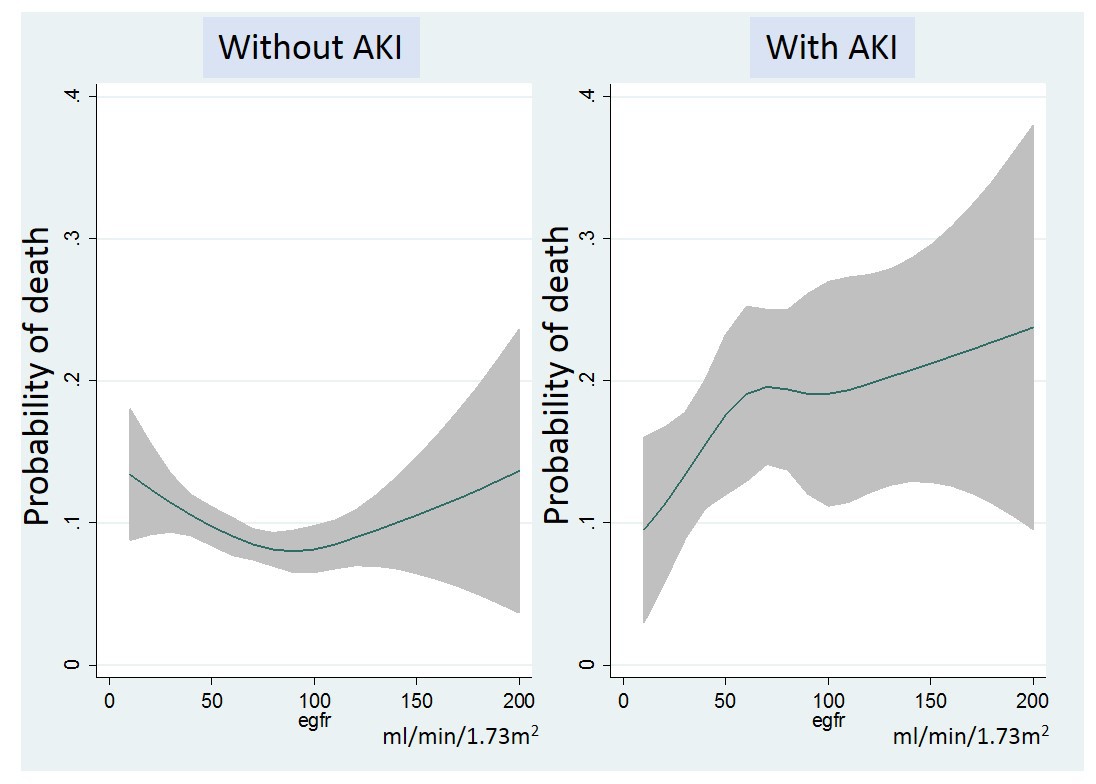