The costimulatory CD40-CD40L pathway plays a role in kidney inflammation. We have previously reported that renal CD40 upregulation precedes cellular interstitial infiltrate and fibrosis in the unilateral ureteral obstruction (UUO) model. Here we sought to evaluate whether the administration of siRNA anti-CD40 has a therapeutic effect in a reversible UUO mice model (rUUO).

The administration of siRNA-CD40 therapy at the time of ureter clamp removal in the UUO model reduces the severity of the acute kidney injury and promotes kidney repair. 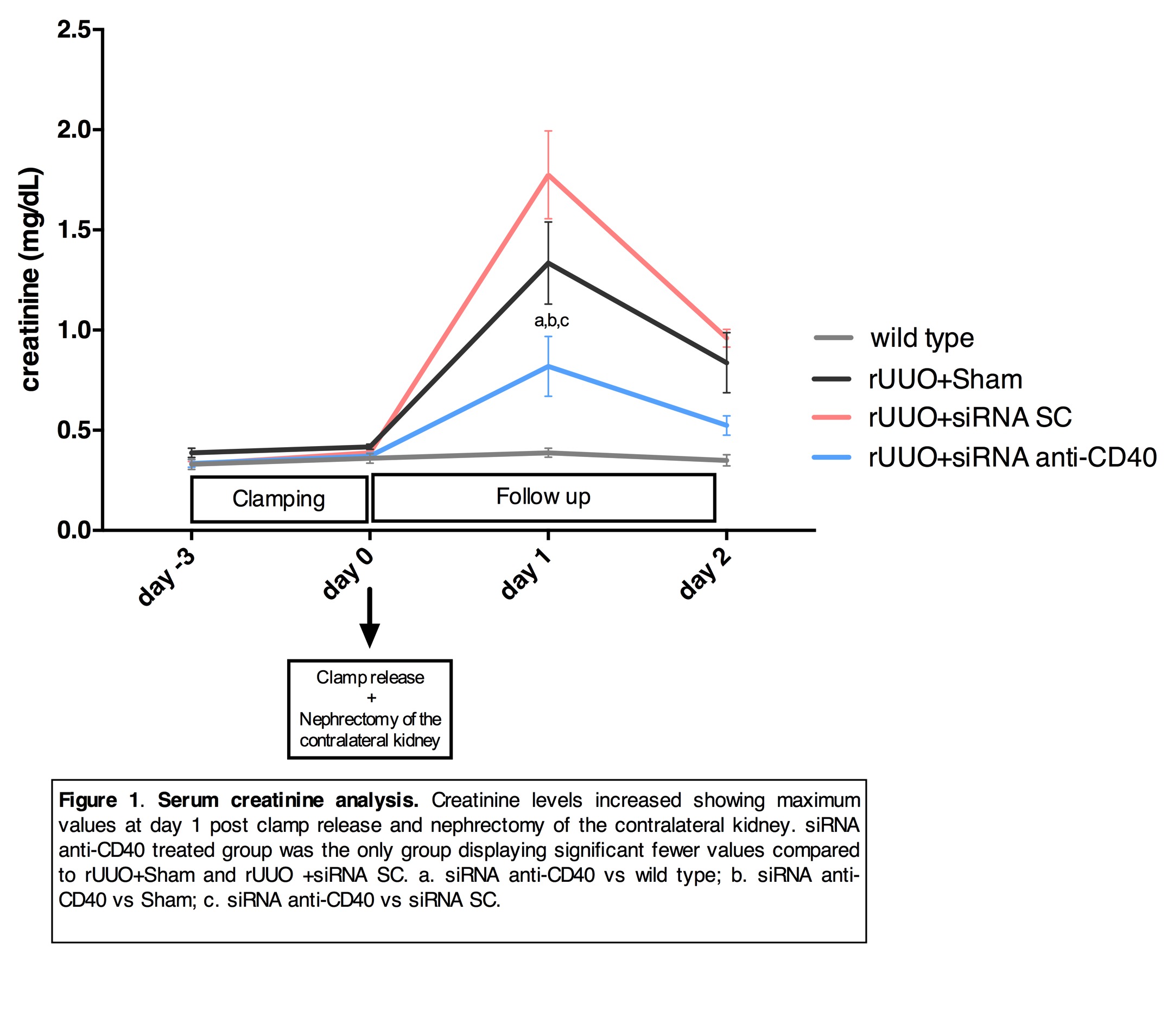