In the OLE, UP/C, blood pressure (BP), eGFR, and FSGS partial remission endpoint (FPRE; UP/C ≤1.5 g/g and >40% UP/C reduction) were assessed every 12 weeks and compared with baseline (Week 0 for SPAR:SPAR; Week 8 for IRB:SPAR).

UP/C, BP, and eGFR data are in the Table. SPAR:SPAR and transition to SPAR, at Week 8 in IRB:SPAR, led to statistically significant reductions in UP/C and BP, sustained to Week 84. FPRE was achieved by 27/45 (60%) SPAR:SPAR and 13/26 (50%) IRB:SPAR pts at Week 84. In both groups, eGFR decreased initially and stabilized with increasing follow-up duration, possibly reflecting early hemodynamic effects of the drug. During SPAR treatment, adverse events were reported in 63 (94%) SPAR:SPAR and 32 (91%) IRB:SPAR pts; headache, peripheral edema, and hypotension occurred in >20% of pts in SPAR:SPAR or IRB:SPAR. 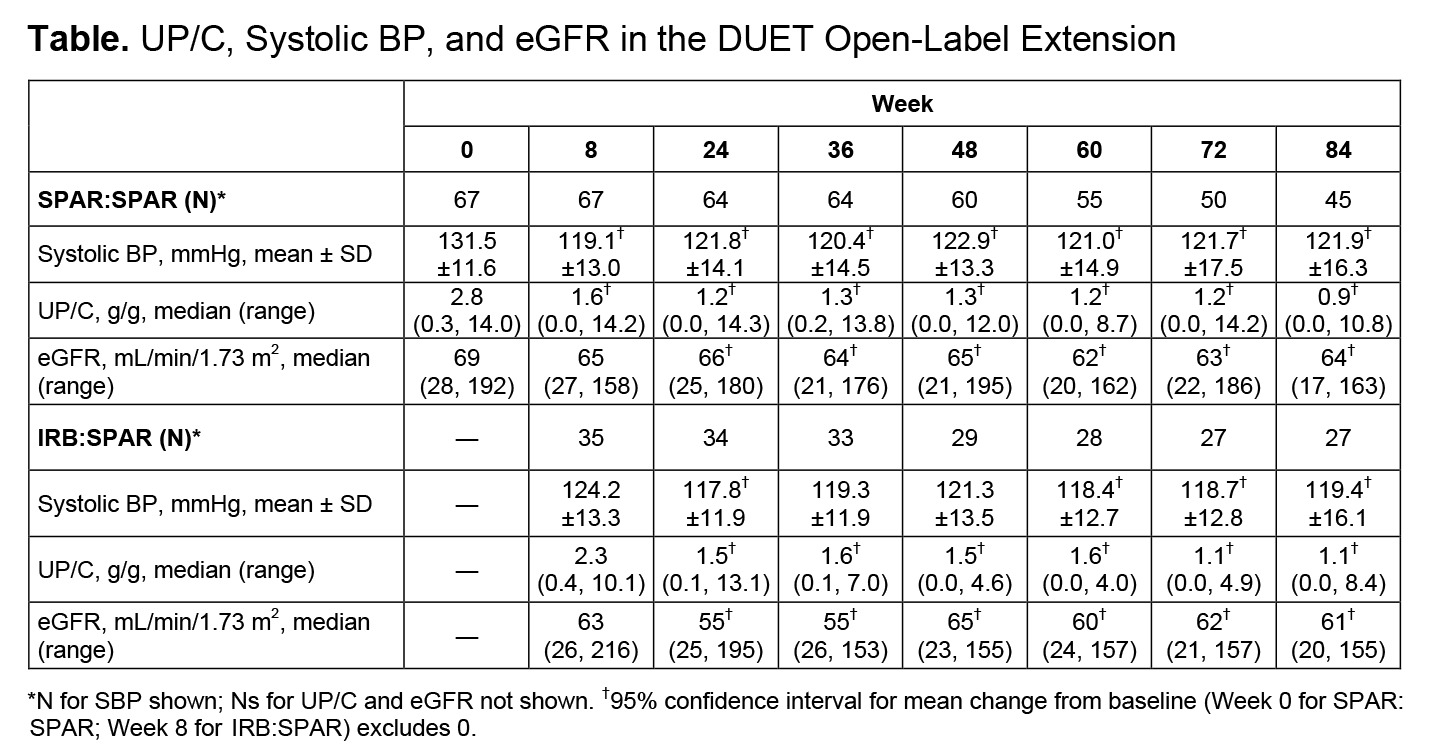