P2X7 Knockout Does Not Protect from Experimental Glomerulonephritis and Vasculitis

P2X7 Knockout Does Not Protect from Experimental Glomerulonephritis and Vasculitis

P2X7 is an ionotropic receptor for extracellular ATP previously shown to be important in inflammation and fibrosis. It may also play a role in autoimmunity. Both strains of P2X7 deficient mice are incomplete knockouts and have generated conflicting results. Therefore we have assessed the importance of P2X7 in autoimmunity and glomerulonephritis (GN) using a novel P2X7 knockout (KO) rat & a small molecule P2X7 inhibitor.

P2X7 KO rats were not protected from disease in NTN, EAG or EAV models. P2X7 KO and WKY WT rats had similar renal function, urinary abnormalities, histological disease severity, lung injury and circulating and deposited antibody. Figure 1 shows a representative EAG experiment. However, when P2X7 antagonist (A438079) was administered to rats with NTN from day 0-6 both WT and P2X7 KO rats were protected from disease with marked improvement in urinary abnormalities, renal function and histological disease severity (Figure 2).

P2X7 KO rats are not protected from 3 distinct models of glomerular disease. However, the P2X7 antagonist had a marked protective effect from renal injury in both P2X7 KO and WKY WT rats, suggesting that its effect is unrelated to P2X7 and is off-target. 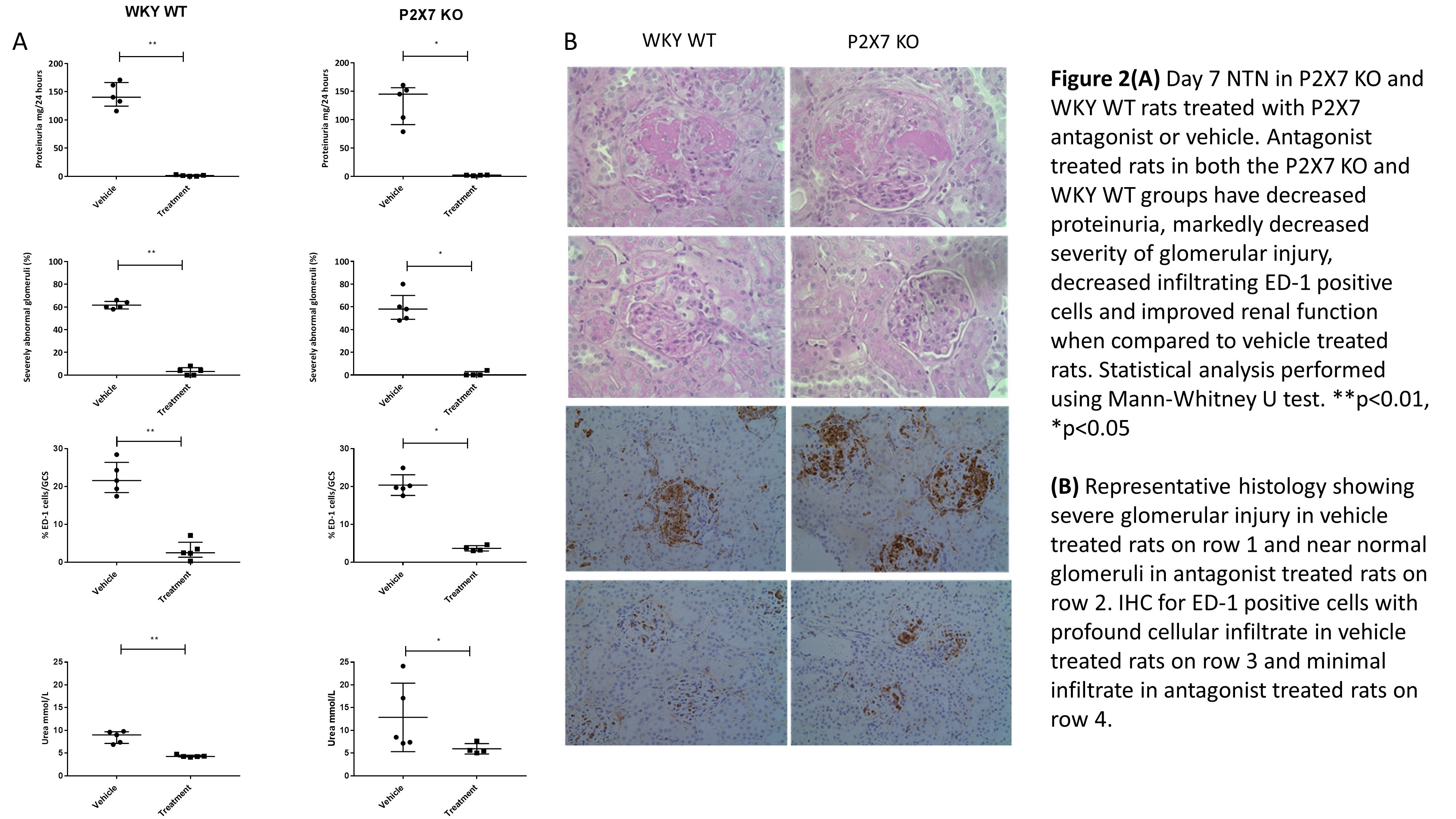