Many, but not all patients with chronic gout develop tophi, and the factors that govern tophus formation are not fully understood. Several studies have suggested impairment of renal function increases the risk for development of tophi, but others have not.

This analysis addressed the relationship between estimated glomerular filtration rate (eGFR) and the presence of tophi in patients with chronic refractory gout, as well as effects of tophus resolution on eGFR using results from two randomized controlled trials of pegloticase in chronic gout patients.

These results indicate that chronic refractory gout patients may present with or without clinically apparent tophi and that there is a significant association between the presence of renal dysfunction measured by eGFR and the frequency with which chronic refractory gout patients manifested tophi. However, persistent serum urate lowering and tophus resolution had no significant effect on eGFR over the period of observation in this group of subjects. 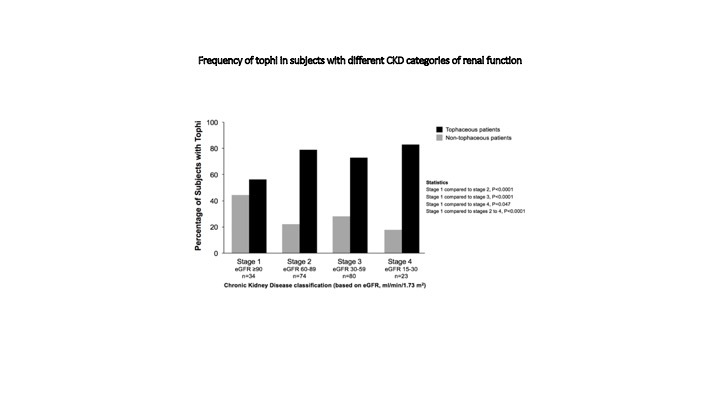