Uromodulin (UMOD) is a glycoprotein with a carbohydrate content, nearly 30%. It might protect against urinary tract infection and kidney stones, have roles in kidney injury and innate immunity. Many functions were glycosylation dependent. Mannose binding lectin (MBL) and collectin 11 (CL-11) were the initiated protein of lectin pathway (LP) with a carbohydrate-recognition domain (CRD). In the present study, we measured the glycosylation of acute kidney injury (AKI) patients and the binding affinity of UMOD to lectin pathway protein in modified glycosylation of uromodulin

10 AKI patients and 10 healthy control recruited for this study after matched their age and gender. After purified the UMOD with diatomaceous earth, structure of the protein glycosylation chains was analyzed using matrix assisted laser desorption/ionization-time of flight mass spectrometry (MALDI-TOF MS). Different kinds of glycosidase digested UMOD to make glycan-deficient protein. Binding affinity of uromodulin to MBL and CL-11 were probed by ELISA

The profile of MALDI-TOF-MS N-glycans released from uromodulin healthy control showed more complex N-glycan structures. The amount of high mannose and core fucosylation were increase in the AKI patients compare with those healthy control (P<0.05). Native uromodulin could bind to CL-11 (Ca2+ independent ) and MBL(Ca2+ dependent). The binding activity of UMOD to CL-11 was significantly decreased by digesting the protein with fucosidase and neuraminidase. Digested by EndoH could decrease the binding activity as well, while the decrease was slightly.

Abnormal glycosylation of UMOD could be observed in AKI patients. UMOD bind to lectin pathway protein, and this interaction was dependent on glycan structure of UMOD. 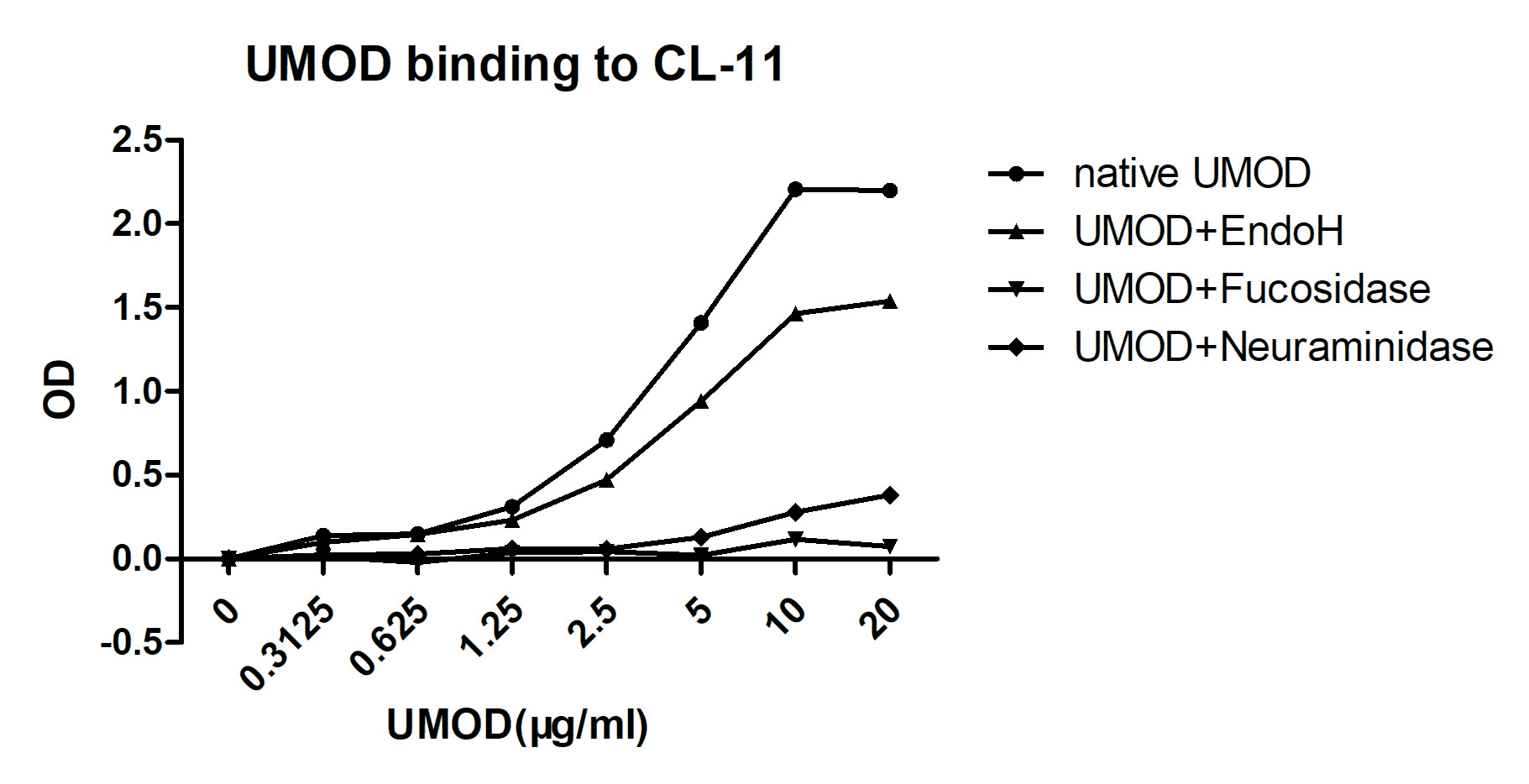