Children with nephrotic syndrome (NS) often have hypertension (HTN) and dyslipidemia (DLP). However, these CVD risk factors have not been well described over time and in relation to renal outcomes in NS.

Longitudinal analysis of children with new onset NS in the Nephrotic Syndrome Study Network (NEPTUNE) was conducted. HTN and DLP were defined as per established definitions (Flynn 2017, Daniels 2011). BP was indexed (BPi) to the 95%. Generalized Estimating Equation models compared HTN and DLP among those reaching complete remission (CR) (urine protein:creatinine [UPC] <0.3) vs. no CR. Regression models examined the association of baseline BP and lipids with outcomes of CR, 40% eGFR drop, eGFR <90 ml/min/1.73m2 at last follow up and eGFR slope adjusted for age, sex, race, follow up, medications, eGFR and obesity.

In NEPTUNE, HTN and DLP were prevalent in children with new onset NS and were worse over time in those with no CR. In addition, baseline lipids were found to independently predict poorer renal outcomes. 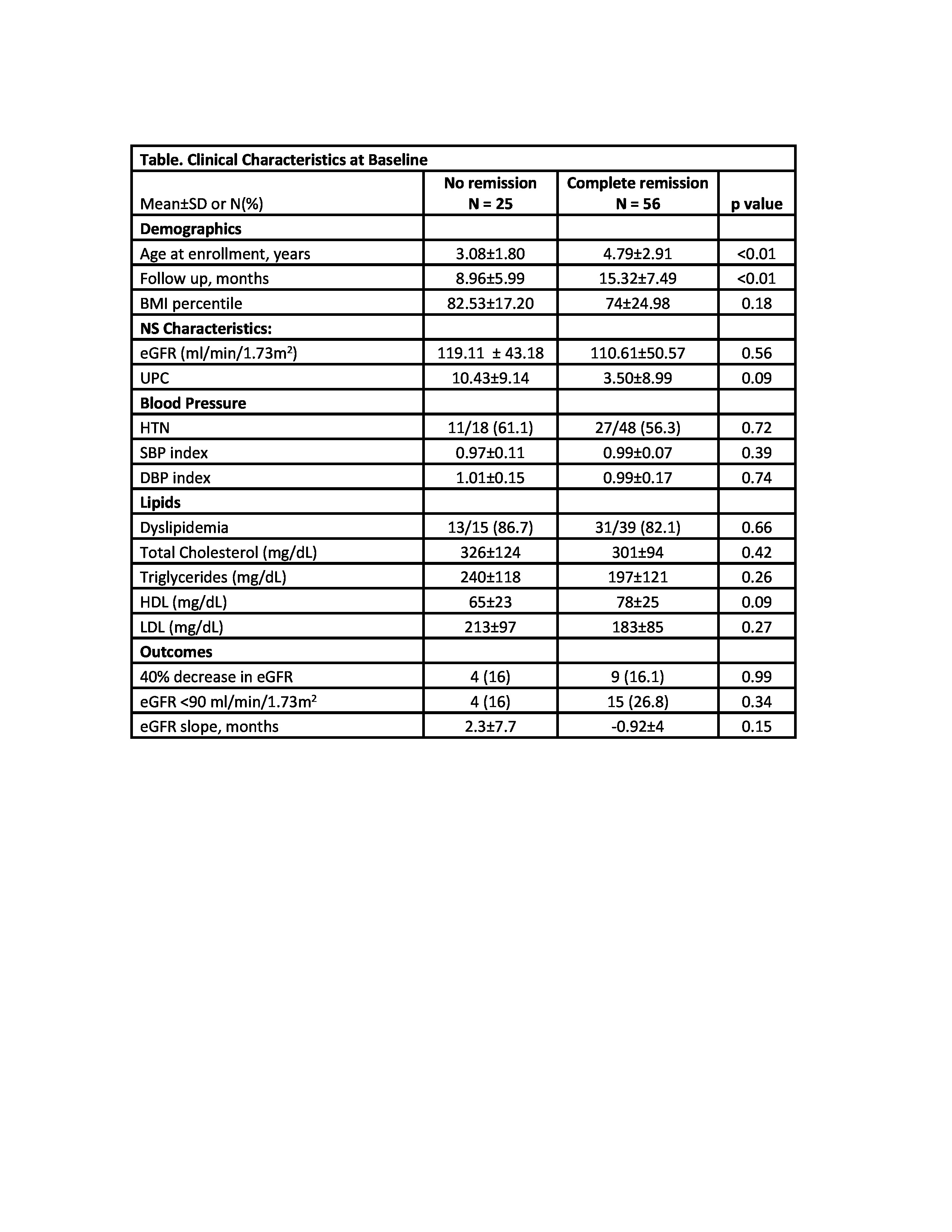