We housed db/db mice in a hypoxia chamber (12% O2) for up to 16 weeks beginning at 8 weeks of age. Various urine, serum and kidney abnormalities and glomerular mRNA expression were compared with those in age-matched db/db mice housed under normoxia.

These results indicate that chronic hypoxia induces advanced glomerulosclerosis with accelerated albuminuria triggered by mesangiolysis and podocyte injury in a murine model of DN. 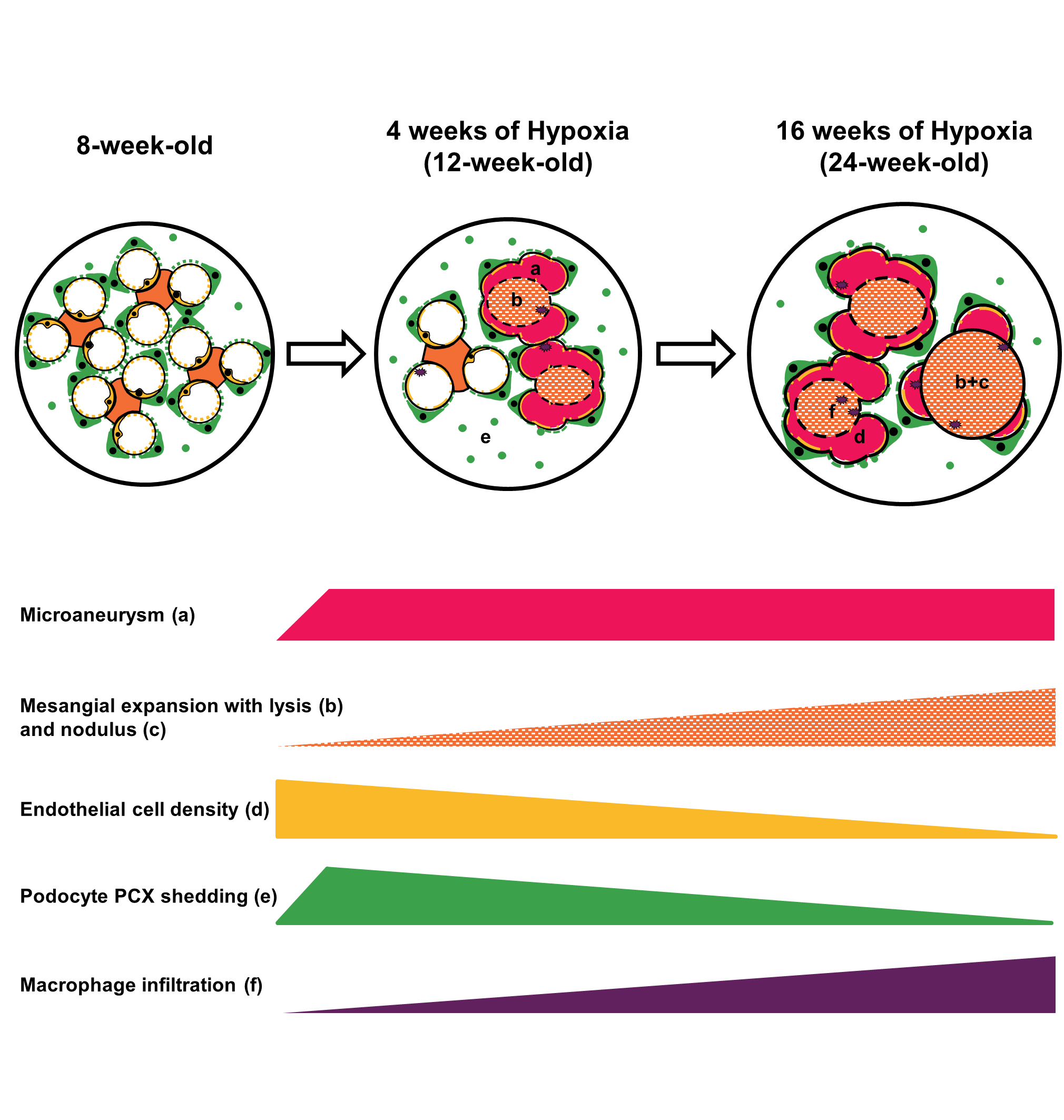 Summary of the glomerular changes in db/db mice exposed to chronic hypoxia.