Uremic pruritus is a debilitating symptom in hemodialysis (HD) patients. That uremic solutes contribute to pruritus is suggested by the improvement after transplantation. We aimed to identify solutes associated with pruritus using metabolomic analysis comparing plasma of HD patients with severe pruritus and mild/no pruritus.

Plasma and ultrafiltrate (UF) samples from 12 HD patients with severe pruritus (Itch) and 24 HD patients with mild/no pruritus (No Itch) were analyzed. Pruritus was assessed using a 100-mm visual analogue scale with severe defined as >70 mm and mild/no defined as <10 mm. Plasma and UF were analyzed using a metabolomics platform (Metabolon Inc.). Solutes were first identified as uremic based on the finding of higher average peak areas in all 36 HD patients than in 16 controls with normal kidney function. Solutes were deemed uremic if their HD/control ratio was >4 in plasma and/or UF with a false discovery rate of <0.05. Peak areas of each solute in the Itch and No Itch HD patients were then compared to identify uremic solutes associated with pruritus.

HD vintage, spKt/Vurea, and lab values were similar in both groups (Table). Metabolomic analysis identified 593 uremic solutes. No difference in the levels of these uremic solutes was found between the Itch and No Itch patients using a false discovery rate < 0.05 (Figure). 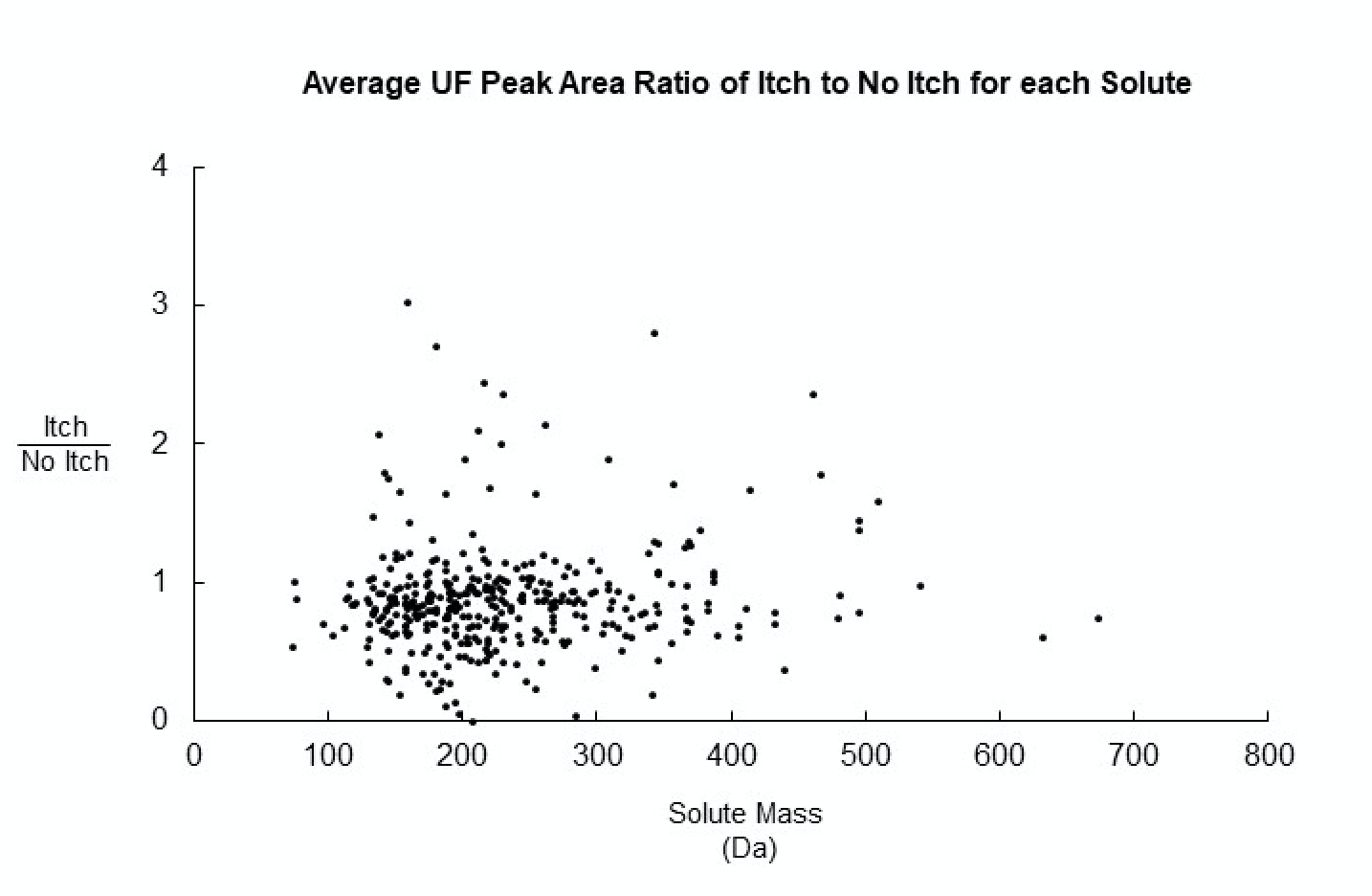