AKI Among African Americans with Sickle Cell Trait and Disease

AKI Among African Americans with Sickle Cell Trait and Disease 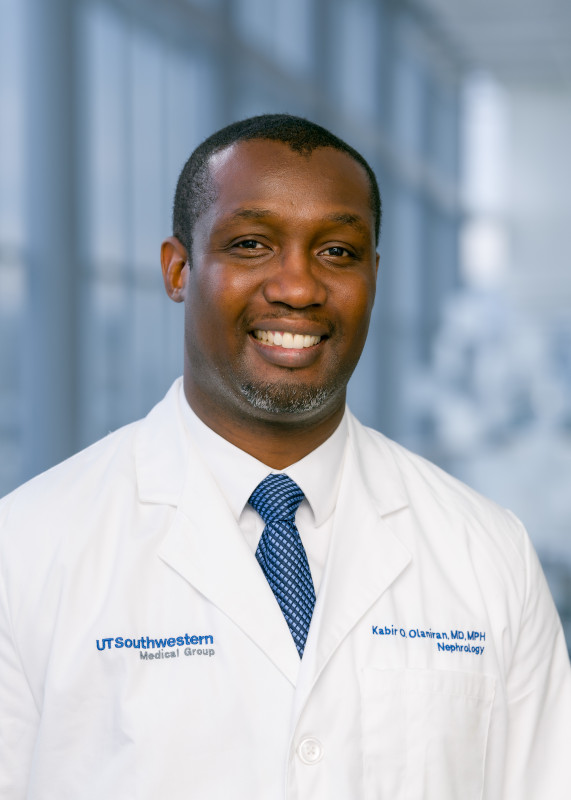 Dr. Olaniran is an Assistant Professor of Medicine at the University of Texas Southwestern Division of Nephrology in Dallas. His research and clinical practice focuses on kidney disorders and cardiovascular outcomes in persons with sickle cell trait and sickle cell disease.

Sickle cell trait (SCT) and disease (SCD) are independent risk factors for estimated glomerular filtration rate (eGFR) decline among African Americans (AA). However, our understanding of the risk for acute kidney injury (AKI) and the role of AKI in eGFR decline in patients with SCT/D remains limited. We aimed to describe the relative risk for AKI in SCT/D and the effect of AKI on eGFR decline in SCT/D.

We performed a multi-center observational study of adult AA patients with a baseline eGFR ≥15 ml/min, and ≥1 year follow-up between 2005-2018. The presence of SCT/D (exposure) and normal hemoglobin phenotype (reference) was determined by hemoglobin electrophoresis. Outcomes of interest (incident All AKI [Kidney Disease: Improving Global Outcomes criteria], incident Severe AKI [doubling of baseline creatinine] and incident Sustained AKI [AKI persisting for ≥72 hours]) were adjudicated by chart review and evaluated by Cox regression. Only first AKI events were used. The effect of All AKI on eGFR decline (mixed linear models) was also investigated. Models were adjusted for predictors of AKI.

The risk for AKI is increased in both SCT (Sustained) and SCD (all forms) and may contribute to faster eGFR decline in SCT/D. Further studies are needed to understand the mechanisms of AKI in SCT/D. Such studies will inform best practices that will help attenuate the burden of kidney disease in SCT/D. 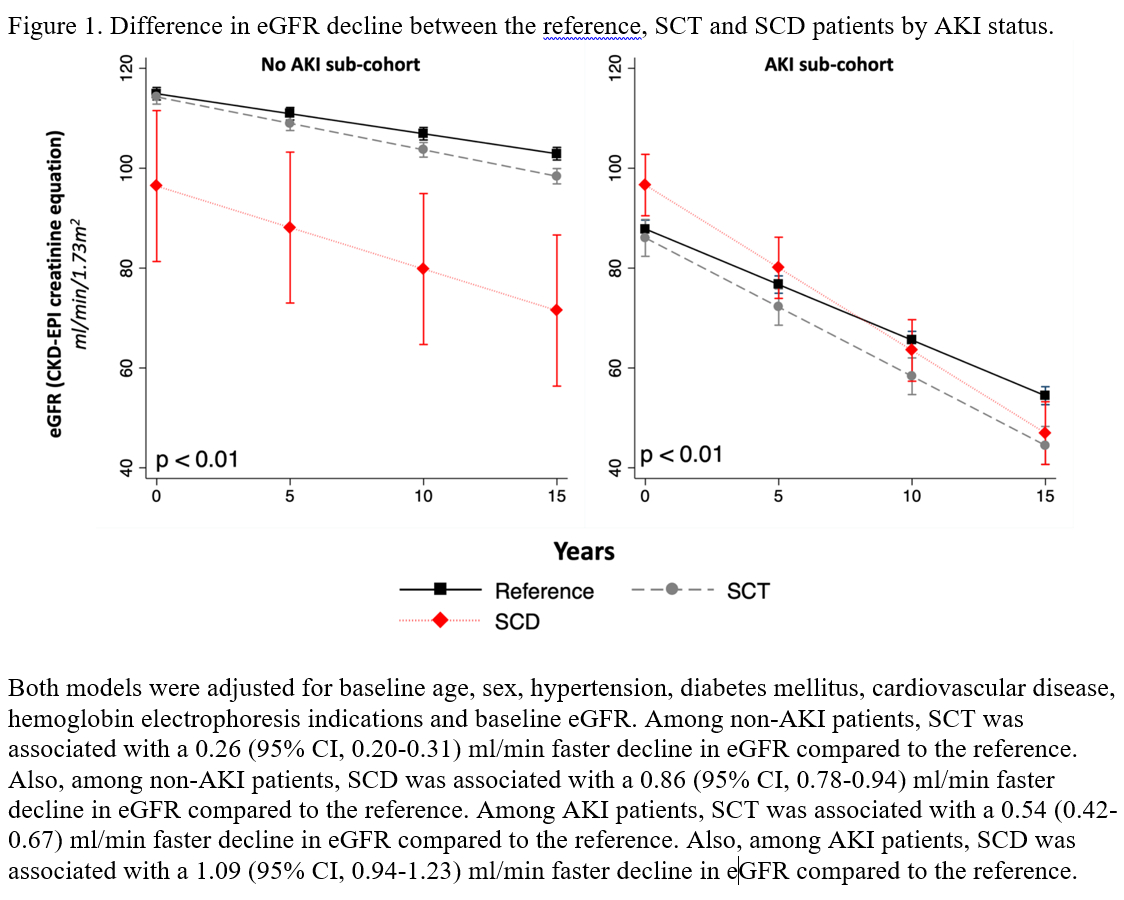