Overall, 12,494 ICHD and 1,493 HHD prevalent patients in 2017 were included. Median weekly treatment duration was 13.5 (interquartile range (IQR) 12-15) hours for ICHD and 16 (IQR 15-20) hours for HHD. Male sex, younger age, higher body mass index, arteriovenous fistula/graft use, Aboriginal and Torres Strait Islander ethnicity and longer dialysis vintage were associated with longer weekly duration for both ICHD and HHD. No center characteristics were associated with weekly duration. Variability in duration across centers was very limited in ICHD compared to HHD, with variation in HHD being associated with state. Duration did not vary significantly over time for ICHD, whereas longer weekly HHD treatments were reported between 2006 and 2012 compared to before and after this period.

This study in the Australian and New Zealand hemodialysis population showed that weekly treatment duration was primarily associated with patient characteristics. No center effect was demonstrated. Practice patterns seemed to differ across states/countries, with more variability in HHD than in ICHD. 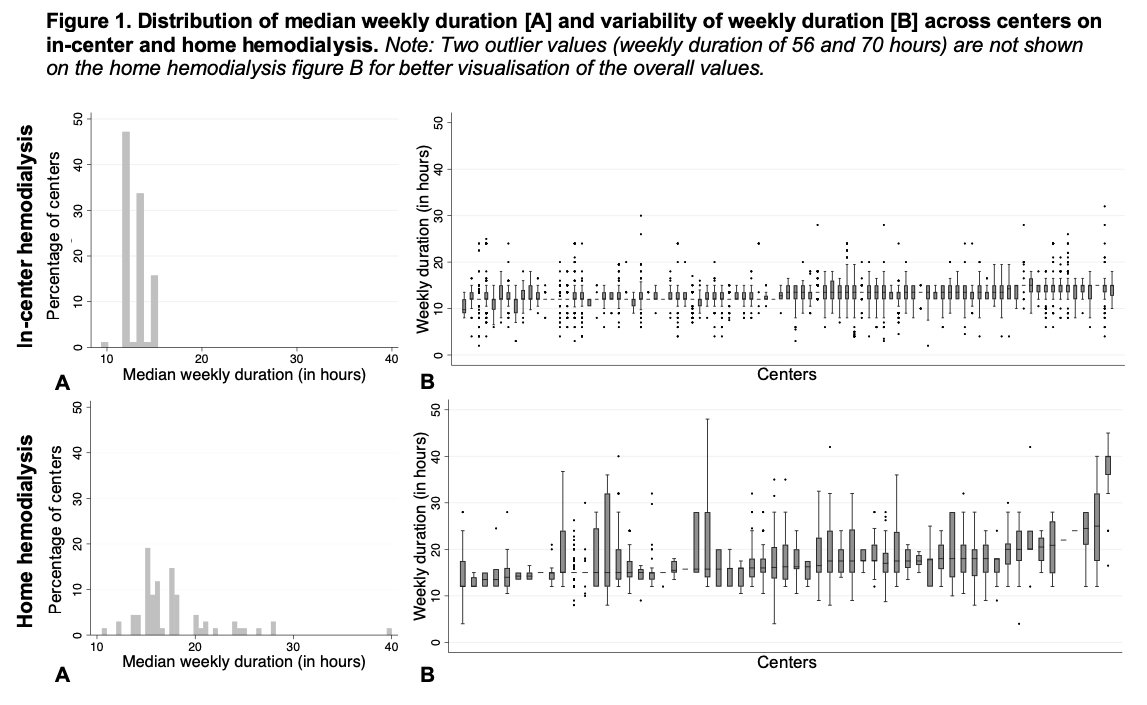