Effect of Lanthanum Carbonate on Blood Pressure in CKD: The COMBINE TRIAL

Effect of Lanthanum Carbonate on Blood Pressure in CKD: The COMBINE TRIAL

We evaluated patients from the CKD Optimal Management with Binders and Nicotinamide (COMBINE) Trial, a randomized, double-blind, placebo-controlled trial of phosphate binders and/or nicotinamide in patients with eGFR 20-45 ml/min/1.73m2. Our primary end point for this analysis was 12-month change in systolic BP (SBP). Randomization to lanthanum vs non-lanthanum treatment arms was our primary predictor variable. The secondary predictor variable was 24-hour urine phosphate excretion (a marker of dietary phosphate intake). 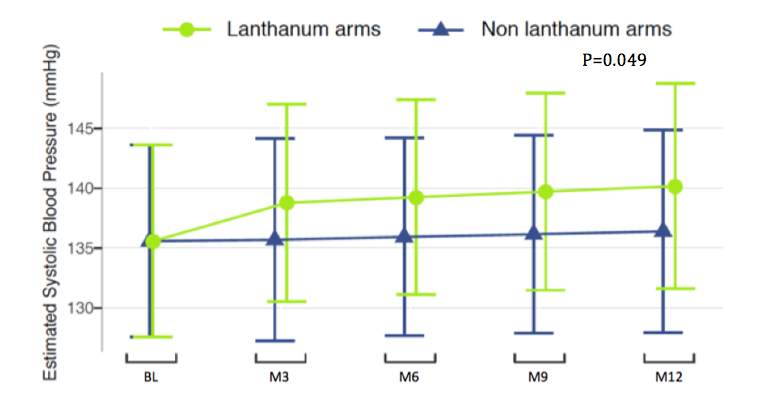 Change in Systolic Blood Pressure in Lanthanum vs Non-Lanthanum Arms