A Rare Case of Nephrotic Syndrome Associated with Dent Disease

A Rare Case of Nephrotic Syndrome Associated with Dent Disease

Dent’s disease is a rare X-linked condition caused by a mutation in CLCN5 and OCRL gene, which impair the megalin-cubilin receptor-mediated endocytosis in kidney’s proximal tubules. Thus, it may manifest as nephrotic-range low-molecular-weight proteinuria (LMWP). On the other hand, glomerular proteinuria, hypoalbuminemia and edema formation are the key features of nephrotic syndrome (NS) that rarely found in Dent’s disease.

A man in his 30s with Dent’s disease presented with leg edema for five days. The laboratory results revealed hypoalbuminemia and a decreased of urine β2-microglobulin/urine protein ratio (Uβ2/UP), indicating that the primary origin of proteinuria shifted from LMWP to glomerular proteins. The kidney biopsy revealed no glomerular abnormality, and calcium deposition in the renal medulla. Electron microscopy indicated extensive foot-process effacement of the glomerular podocytes. After a combination of treatment with prednisolone and cyclosporine, the nephrotic syndrome was remitted.

This report describes a first case of adult-onset NS in Dent’s disease. Given the atypical clinical presentation and the shift of LMWP to glomerular proteinuria in this patient, glomerulopathy and the Dent's disease existed separately in this patient. In such a case of combind LMWP and glomerular proteinuria, the Uβ2/UP can be used to monitor the relapse of NS. We should perform renal biopsy in patients with sudden onset of edema and hypoalbuminemia even those who have a congenital proteinuria.

Figure1(Left)A glomerulus in PAS staining showed there were no cellular crescents and no proliferation of mesangial cells. (Right) Von Kossa staining showed renal medulla with calcifications (arrows) was observed in the medullary interstitium. 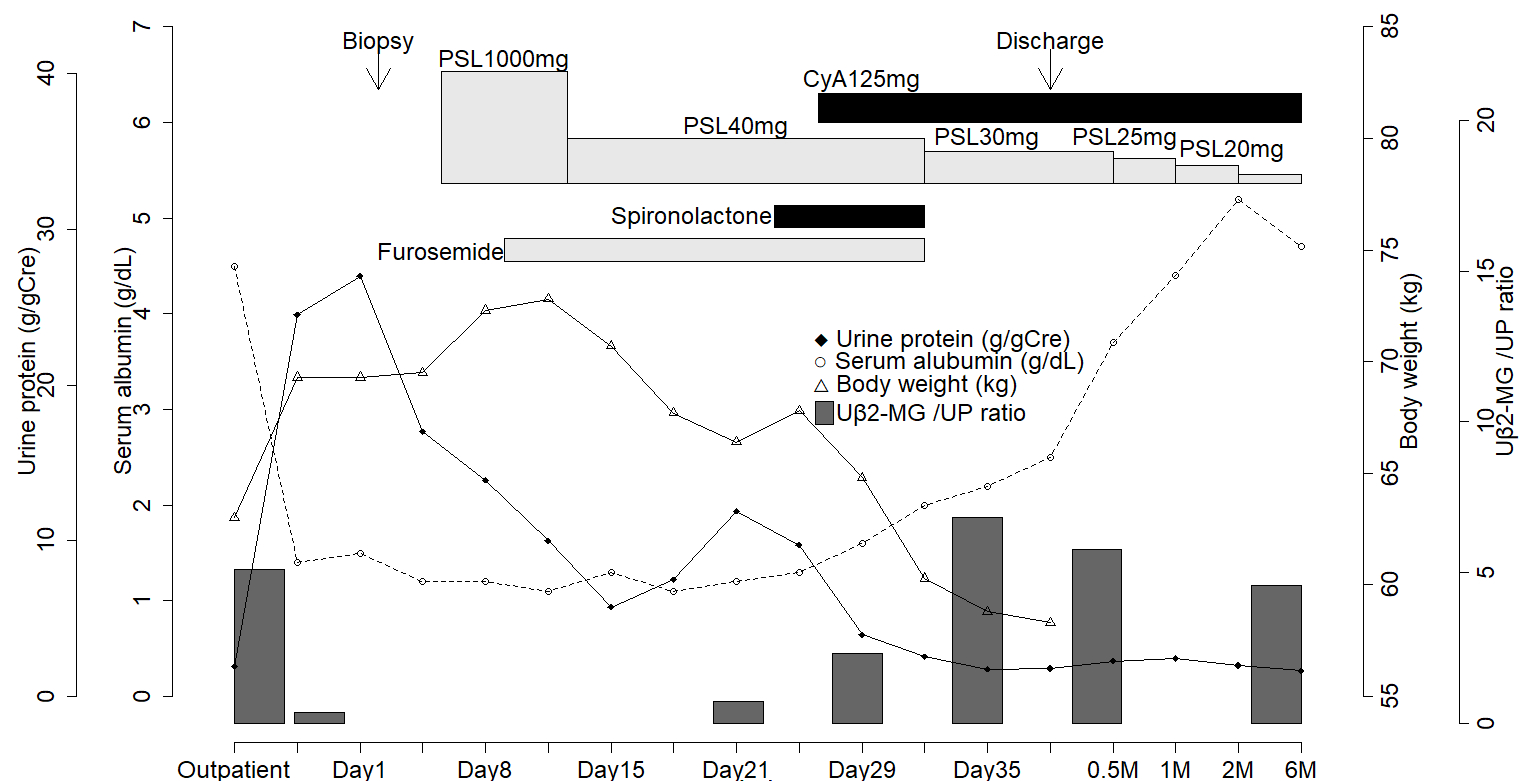