Recent guideline recommended that long-term renin–angiotensin system blockade (RASB) should be used in immunoglobulin A nephropathy (IgAN) when proteinuria > 1g/d. If proteinuria is 0.5–1g/d, RASB is also suggested. We tried to investigate whether IgAN patients only with persistent hematuria and without proteinuria can benefit from RASB.

IgAN patients only with persistent hematuria initially from January 2013 to December 2018 from four centers were included. We divided patients into treatment and untreated group according to the use of RASB. The primary outcome was the appearance of proteinuria, the secondary outcome was the decreased percentage of hematuria and the rate of estimated glomerular filtration rate (eGFR) decline. Effect of RASB on the outcomes was assessed by multivariate Cox regression models and a propensity score matching.

110 eligible patients were included and 44 (41.0%) received RASB. Patients in the treatment groups had higher diastolic pressure. The unadjusted primary outcome of RASB treated patients was better than the untreated individuals. The multivariate Cox regression revealed that RASB lowered the risk of primary outcome, besides, RASB decreased more percentage of hematuria. No obvious difference was found in the rate of eGFR decline between two groups.

RASB decreased the risk of proteinuria appearance and increased the remission of hematuria in IgAN only with persistent hematuria initially, but it did not obviously impact the blood pressure of patients without hypertension and the rate of eGFR decline. 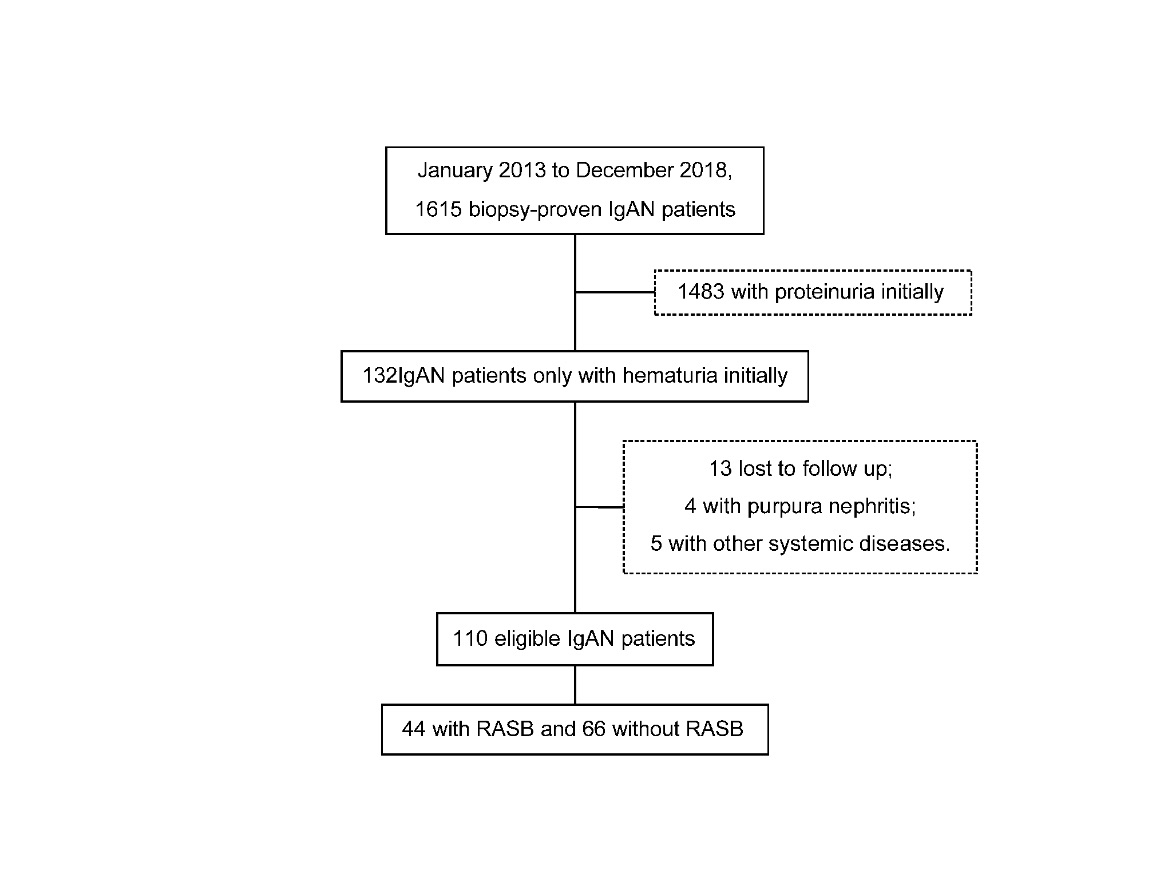