The kidney is the critical effector organ in potassium homeostasis and mineralocorticoids (MC, usually aldosterone), distal sodium delivery and urine flow impact its response. Hypokalemia with HTN and metabolic alkalosis points to high MC activity. This can be classified as (a) ↑renin ↑aldosterone (b) ↑aldosterone despite ↓renin or (c) ↓renin ↓aldosterone. Here we describe an unusual case of hypokalemia due to ACTH-secreting pheochromocytoma.

In the distal nephron, cortisol is inactivated to cortisone by 11-beta-dehydroxysteroid dehydrogenase 2 (11βHSD2). Hypercortisolism causes relative deficiency of 11βHSD2 due to enzyme saturation. Cortisol then stimulates non-selective MC receptor.

Systematic workup led to diagnosis of ACTH-secreting pheochromocytoma. After resection of ectopic ACTH source, patient became normokalemic and was discharged with steroid replacement. 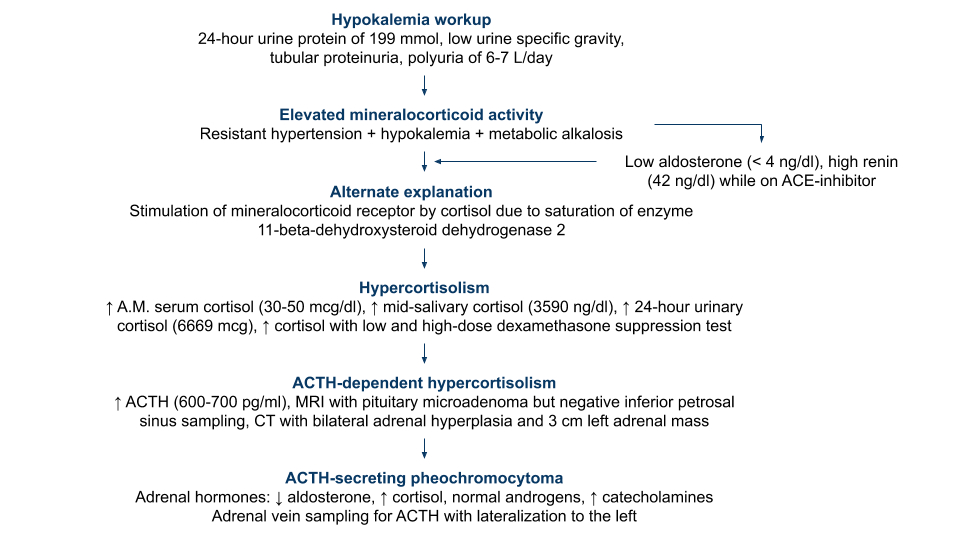 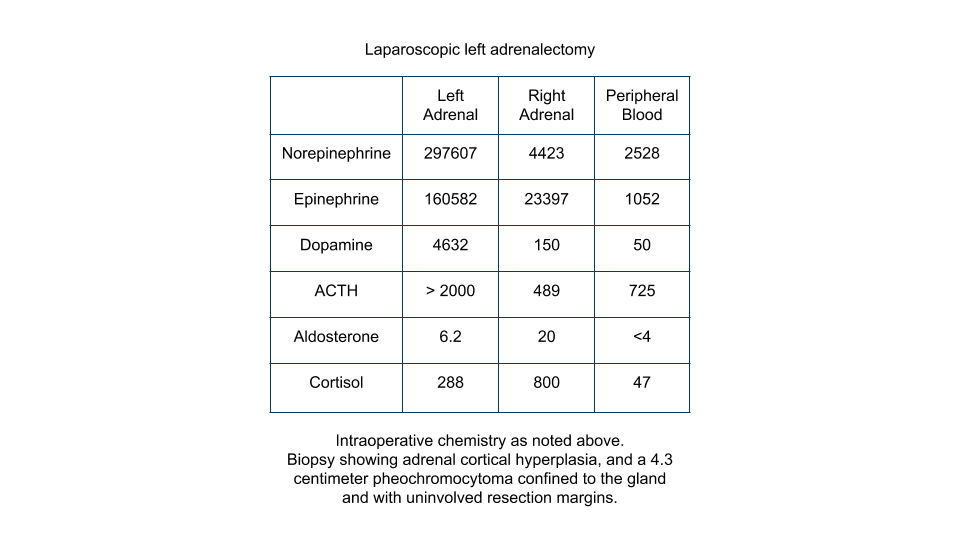