In NEPTUNE, tobacco exposure was associated with higher levels of cholesterol in adults and proteinuria in children. 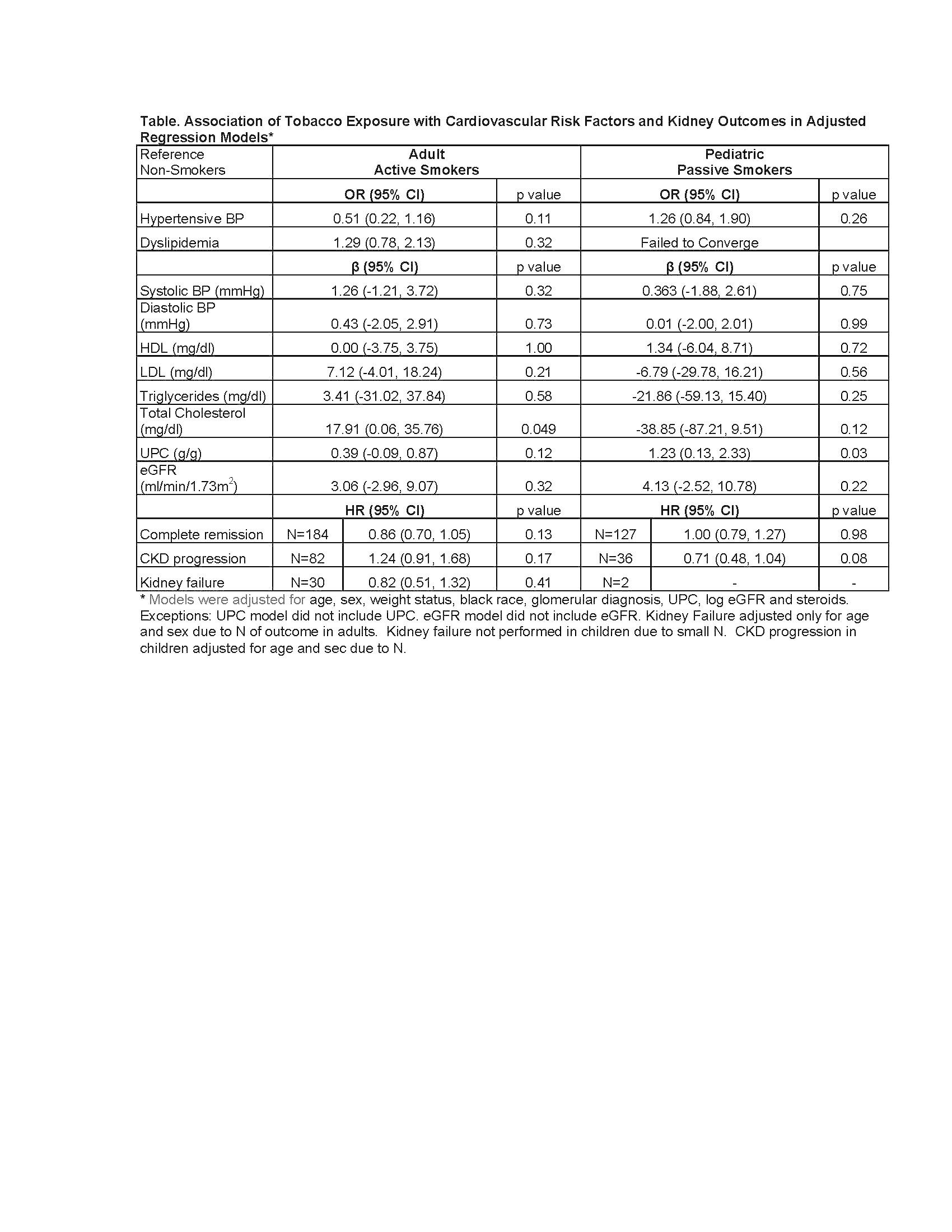