The age of Minimal Change Disease (MCD) onset spans all ages. We analyzed the CureGN multi-center observational cohort study to elucidate differences in natural history and treatment patterns by age of MCD onset.

567 participants enrolled within 5 years from kidney biopsy were available. Continuous variables are described as median [25,75 percentile] or n[%]. Univariate comparisons were performed using chi-square tests and Wilcoxon rank-sum tests for categorical and continuous variables, respectively. eGFR was winsorized to 120 ml/min in repeated measures models used to assess eGFR over time.

Significant sociodemographic and clinical differences exist between adult-onset versus pediatric onset MCD at the time of biopsy. These differences are most likely due to differences in treatment and biopsy practices relative to symptom onset. 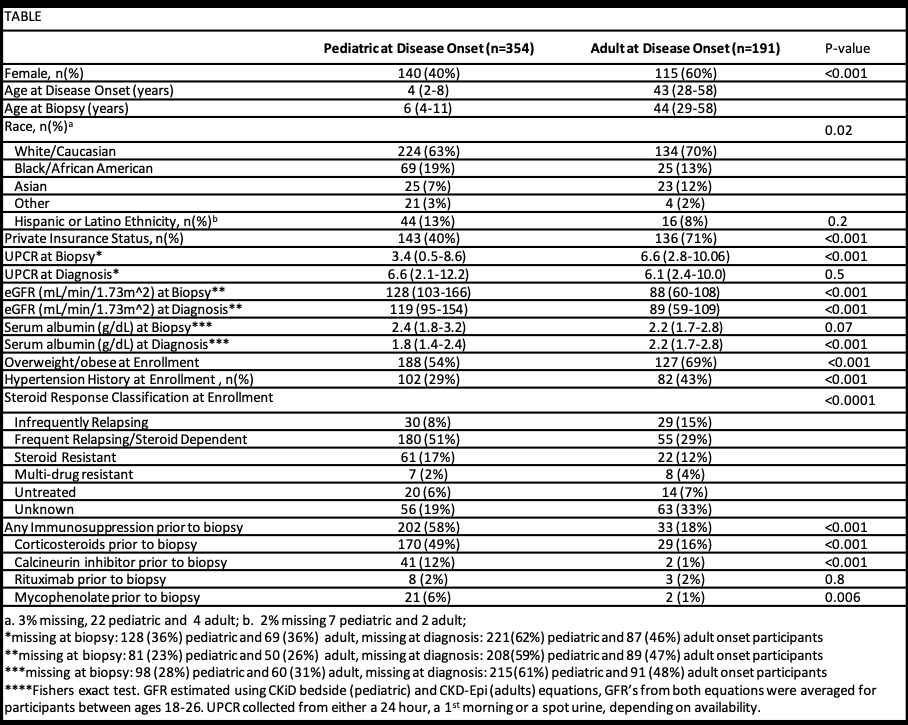