Role of Angiopoietins in CKD Progression After Hospitalization

Role of Angiopoietins in CKD Progression After Hospitalization

The factors determining chronic kidney disease (CKD) progression after an episode of acute kidney injury (AKI) are poorly understood. Angiopoietins play a role in vessel remodeling after AKI, where Angiopoietin-1 (Angpt-1) maintains vessel stability and Angiopoietin-2 (Angpt-2) destabilizes quiescent vessels. We investigated whether the balance of Angpt-1 and -2 was prognostic of CKD and mortality after hospitalization in patients with and without AKI.

Using plasma samples from ASSESS-AKI, we measured Angiopoietins 3 months after hospitalization. We assessed the ratio of Angpt-1:Angpt-2 with CKD progression (composite of incident and progression of CKD, and end stage kidney disease), and all-cause mortality.

A higher Angpt-1:Angpt-2 ratio was strongly associated with lower risk of CKD progression and mortality after hospitalization, particularly in patients with AKI. Angiopoietins may help risk stratify patients with AKI after discharge for those in need of close follow-up and CKD management. 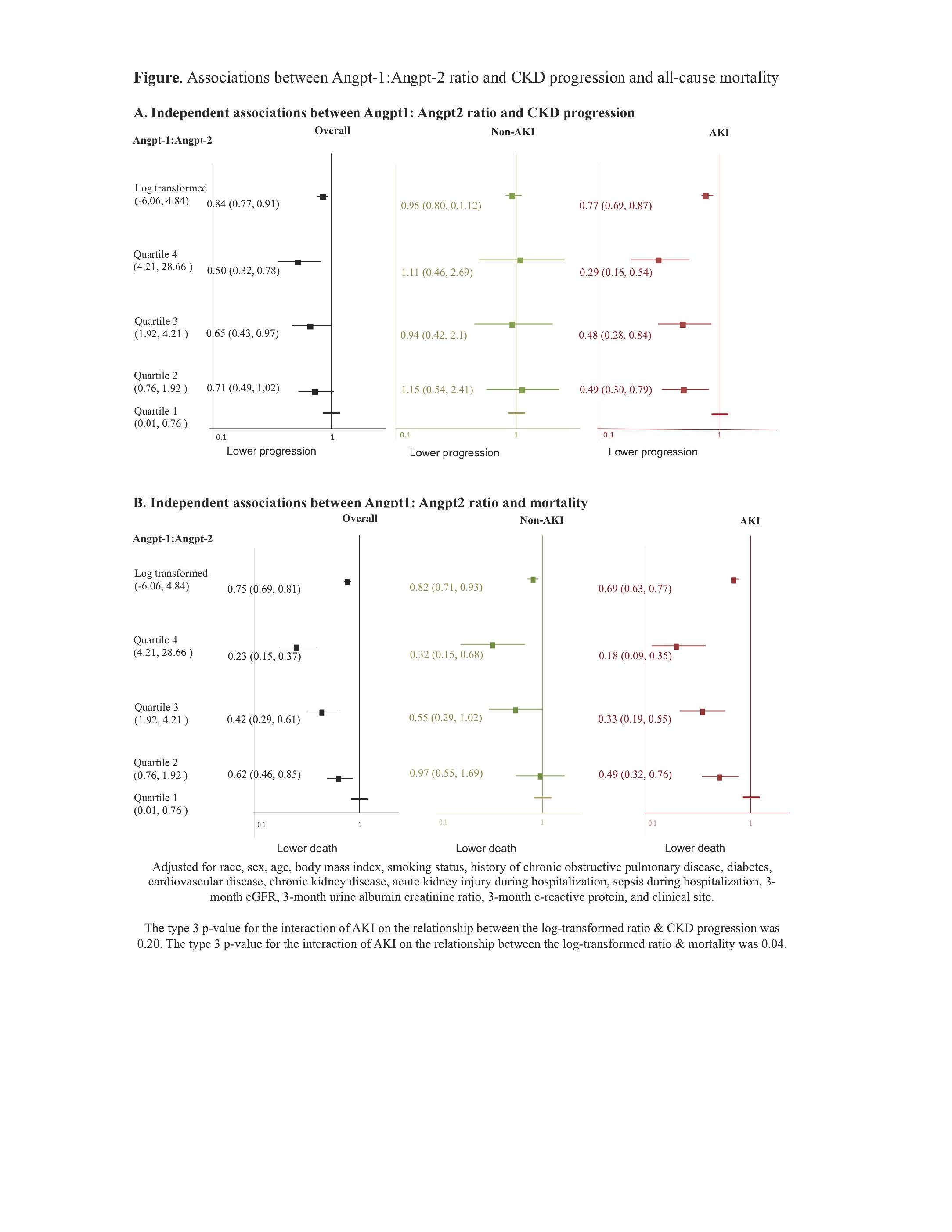