Renal Clearance of Intact and C-Terminal FGF-23 in Man

Renal Clearance of Intact and C-Terminal FGF-23 in Man

The ratio of C-terminal (cFGF23) to Intact FGF23 (iFGF23) is higher in persons with higher eGFR. Mechanisms are unclear. Differential renal clearance is one possibility.

Patients were referred for clinically suspected renal artery stenosis (RAS), and maintained off BP meds for 21 days before angiography. This study includes those found without RAS (N=93). Blood was obtained from the aorta (Ao) and bilat. renal veins (RV), and renal blood flow (RBF) was measured using 131Xenon washout. Single pass % reductions of each measure ([Ao – RV/Ao]*100) was calculated, left and right was averaged, and multiplied by RBF to provide renal clearance in ml/min/100g kidney tissue. To determine the relative renal clearance, we calculated the cFGF23/iFGF23 clearance ratio (C/I ratio) and evaluated its relationship with eGFR. 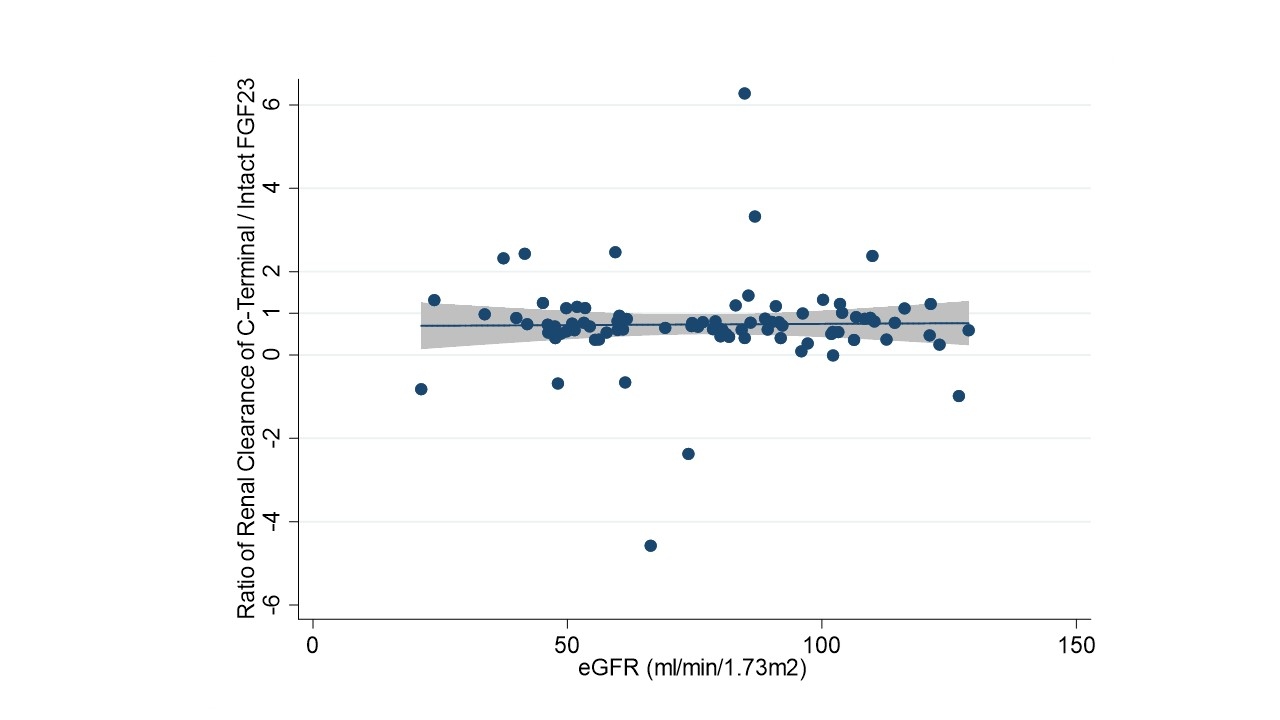