In the past two decades, eGFR at start of chronic dialysis worldwide have changed notably. How changes over time in the likelihood of dialysis initiation at any given eGFR level impacts the population burden of ESRD has not been not well-defined.

We analyzed data from 2001-2015 in successive 3-year intervals among adult members of a large, integrated health care delivery system in Northern California who had ≥1 outpatient serum creatinine in the prior year. One-year risk of initiating chronic dialysis was delineated stratified by starting eGFR levels per 3-year cohort. To assess multivariable-adjusted temporal trends, we evaluated the significance of a 3-year cohort term in a logistic regression model adjusting for age, gender, race, and diabetes mellitus status. We then estimated a potential reduction in dialysis initiation in 2013-2015 using the relative difference between the standardized 1-year risks (95% CI) in 2001-2003 and 2013-2015.

Our data suggest that approximately two thirds of the target 25% relative reduction in new ESRD cases by 2030 called for in the White House AAKH initiative could potentially be achieved by changes in the timing of initiation of chronic dialysis. 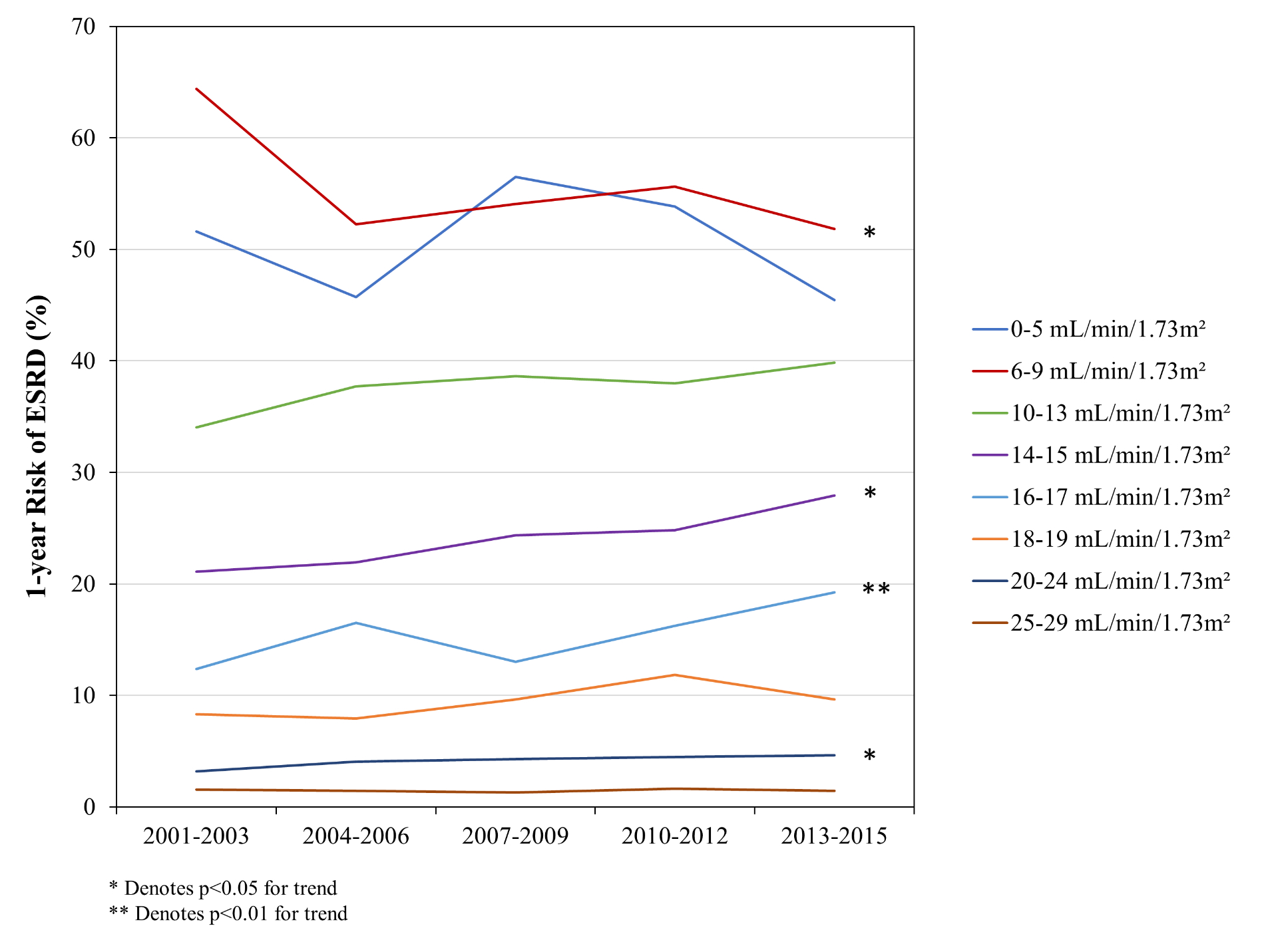