Modification of the Association Between Dipstick Hematuria and Decline in Kidney Function by Proteinuria: Results from a Longitudinal Nationwide Survey

Modification of the Association Between Dipstick Hematuria and Decline in Kidney Function by Proteinuria: Results from a Longitudinal Nationwide Survey

We hypothesize that proteinuria has a modification effect on the association of hematuria with decline in kidney function.

Participants were recruited who have undergone multiple nationwide specific health checks between 2008 and 2014 and have been observed for ≥2 years. We divided the participants into two and three categories according to hematuria and proteinuria, respectively. Using analysis of covariance, changes in eGFR over time (delta-eGFR) adjusted for clinically relevant factors were examined among hematuria category stratified by proteinuria category.

Among 253,679 participants, median delta-eGFR was -0.36 mL/min/1.73m2 per year (IQR: -2.25-0.54) during a median observation period of 4.0 years (IQR: 3.1-5.0), with a median age of 65 years (IQR: 60-68) and median baseline eGFR of 75 mL/min/1.73m2 (IQR: 65-87). Compared to non-hematuria group, hematuria group had a greater eGFR decline rate even after adjusting confounders including proteinuria category. When stratified by proteinuria category, hematuria-related eGFR decline rate gradually increased as the proteinuria category progressed (P for interaction <0.001).

Among general population, delta-eGFR levels with and without hematuria were comparable in the absence of proteinuria, but proteinuria levels had a synergistic effect on eGFR decline rate associated with hematuria. 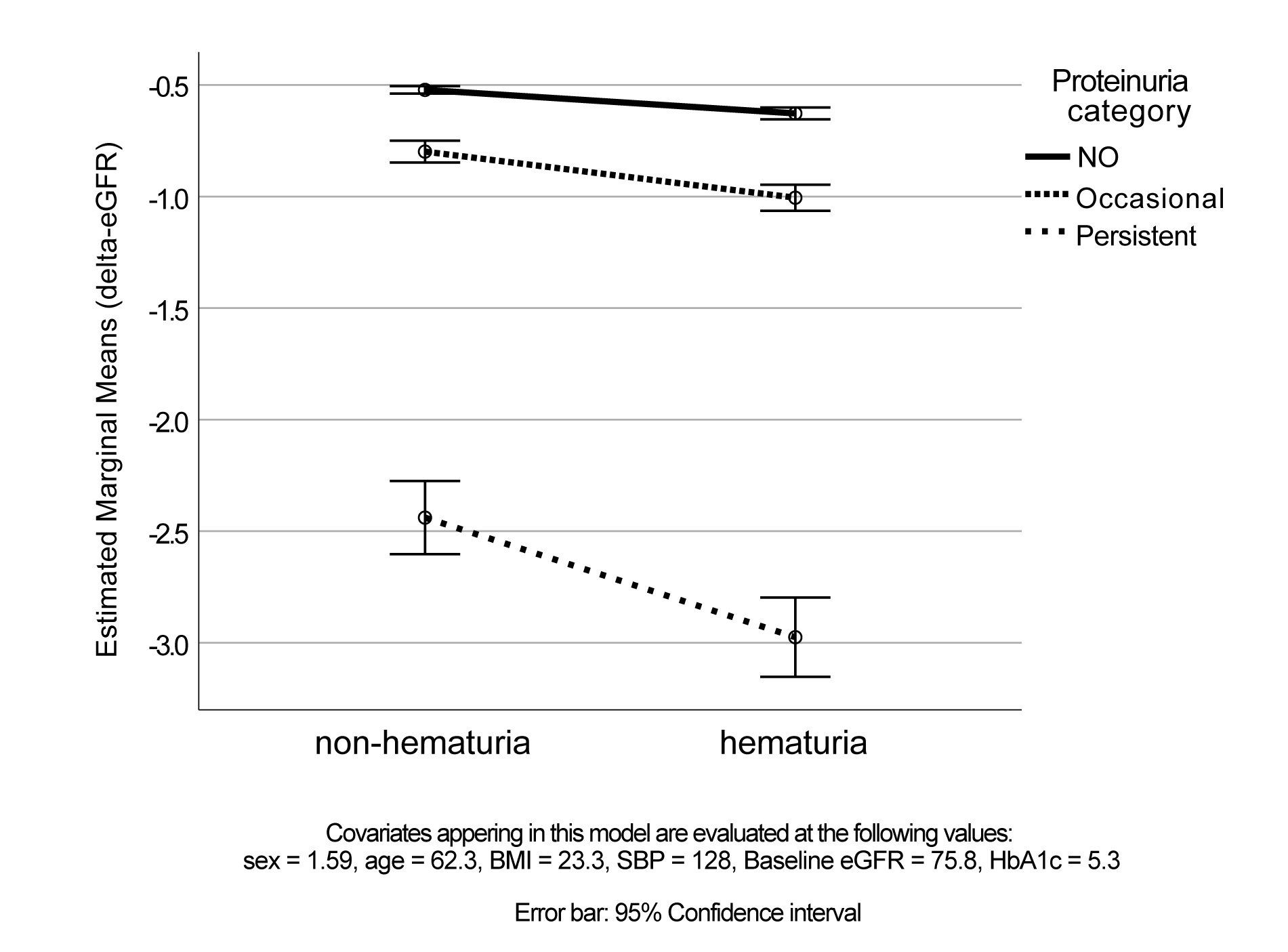