Regional Citrate Anticoagulation (RCA) is the preferred anticoagulant for CRRT in the US in children. Nafamostat Mesilate (NM), a synthetic serine protease, has been widely used for CRRT anticoagulation in Japan and Korea. While NM is considered safe and effective, there is a paucity of evidence in pediatric literature. We describe the safety and efficacy of NM compared to RCA for pediatric CRRT.

Using one children's hospital in Japan and one in the US, medical records of patients <21 years who received CRRT between 2017-2019 were reviewed. Patients receiving CRRT concurrently with ECMO were excluded. Basic demographics, CRRT characteristics, and outcomes were analyzed between the RCA and NM groups. Filter life (FL), defined as the number of hours a single CRRT filter was in use, was the primary efficacy outcome of efficacy. For Kaplan Meier analysis, circuits were censored for elective filter discontinuation. Safety is assessed by anticoagulation complications.

28 pts (100 filters) received RCA and 36 pts (90 filters) received NM. Baseline Table1. There was no difference in median FL (42.6h in RCA vs 42h in NM, p=0.17). Kaplan-Meier curves of time to spontaneous filter failure shown in Figure1. The mortality and bleeding rate did not differ between the groups.

NM provides similar efficacy compared to RCA for FL. No significant difference in safety was observed between the two groups. 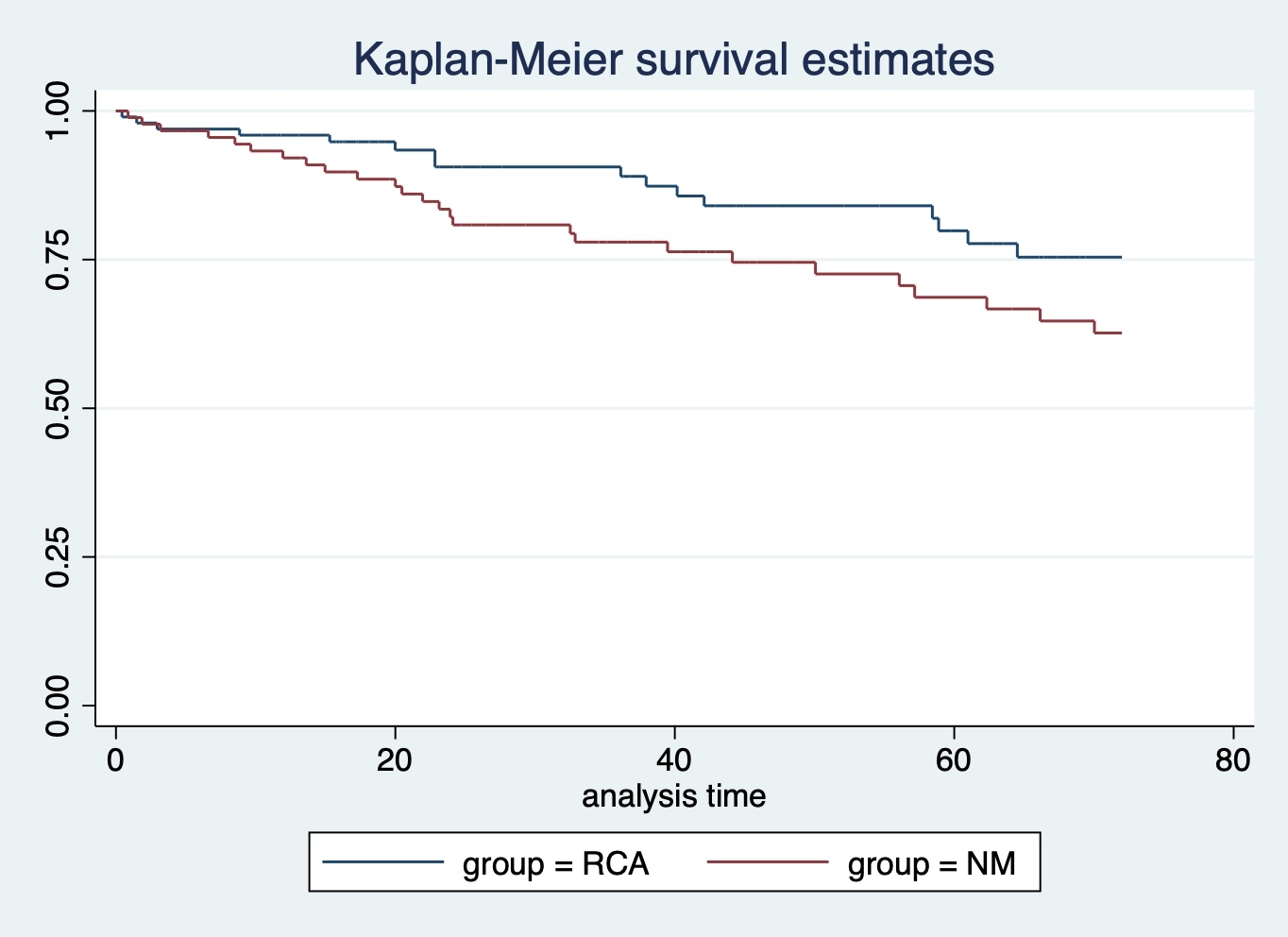