Hyperkalemia commonly occurs with RAAS inhibitor (RAASi) use. The effectiveness of common outpatient interventions in preventing recurrent hyperkalemia has never been directly compared.

A total of 21,723 patients were included: RAASi discontinuation (N=13,539), RAASi decrease (N=5,075), new diuretic (N=1,010), diuretic increase (N=1,245), and SPS (N=854). RAASi discontinuation was associated with a lower risk for recurrent hyperkalemia and MACE over 1 year compared with other common hyperkalemia interventions (see Figure). However, there was no clear difference in 1-year all-cause mortality among these interventions.

RAASi discontinuation is associated with a lower 1-year risk for recurrent hyperkalemia and MACE compared with other common ambulatory interventions for hyperkalemia. 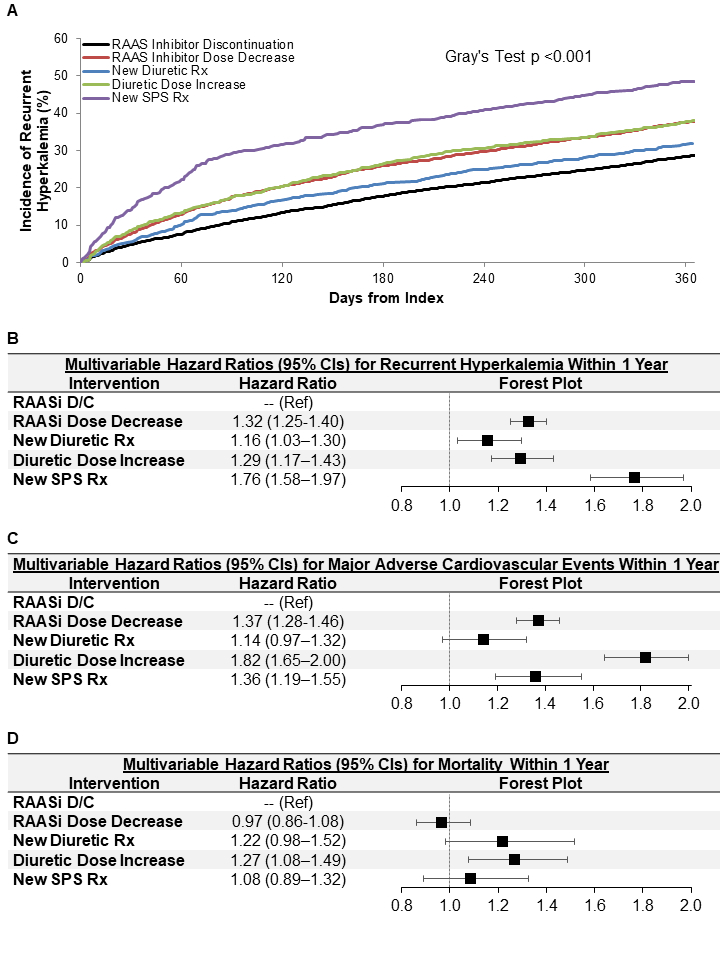