Fabry nephropathy (FN) is caused by mutations in the α-galactosidase A gene and can be managed with ERT. Via understanding the molecular basis of FN and long-term ERT impact, we aim at a framework for selection of biomarkers/drug-targets.

Obtained from normal controls and two independent FN-cohorts, mRNA-isolates from archival kidney biopsies (n=41) taken prior and up to 10 years of ERT were subjected to RNAseq and partly IHC. Combining pathway-centered analyses with network-science allowed computation of transcriptional landscapes from glomeruli, proximal/distal tubuli & arteries and integration with existing proteome and drug::target data.

Despite inter-cohort heterogeneity, FN seemed well controlled, esp. via early introduced ERT. Pathways consistently altered in both FN-cohorts pre-ERT vs. controls were limited to glomeruli and arteries and commonly pertained to same biological themes. While glomerular keratinization-related processes were ERT sensitive, a majority of alterations, such as transporter activity and responses to stimuli, remained dysregulated or remerged despite ERT. Inferring an ERT-resistant genetic module on this basis identified targets suitable for drug repurposing (Figure 1). 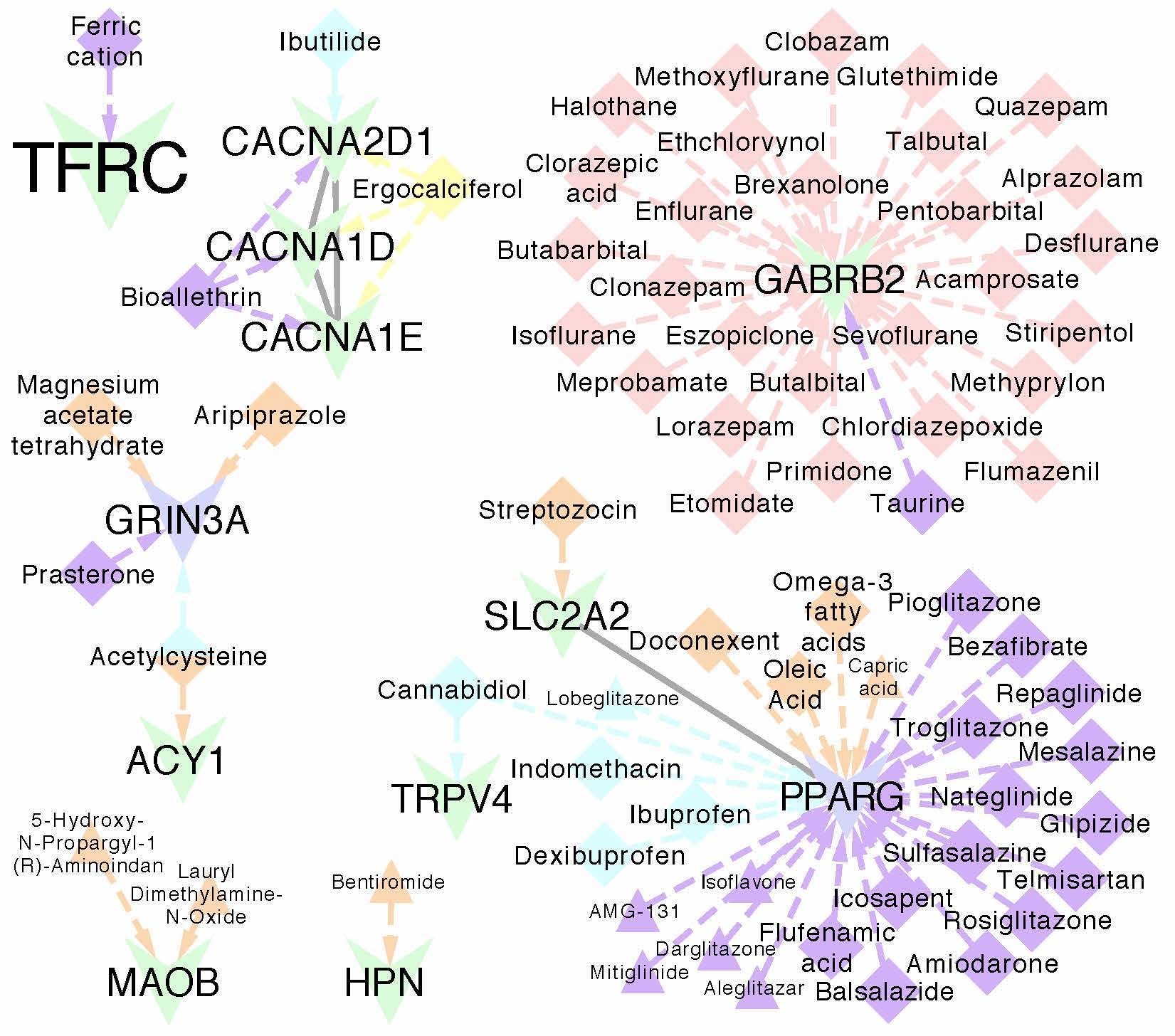