Intradialytic hypotension (IDH) remains one of the most common complications associated with hemodialysis (HD). The CritLine Monitor (CLM) measures relative blood volume (RBV) and blood oxygen saturation (O2Sat), but uncertainties remain in application of these parameters for predicting IDH. We looked at differences in CLM parameters based on whether an IDH episode was imminent or not as a function of time into a HD session to investigate whether their prognostic ability is dependent on the time into HD.

We studied routinely collected data from 17 US dialysis clinics. IDH was defined by systolic blood pressure (SBP) below 90 mmHg. The CLM directly measures RBV and O2Sat, interpreted as arterial O2Sat (SaO2) for all sessions with a fistula or graft and as central venous oxygen saturation (ScvO2) for those with a central venous catheter. For sessions with ScvO2, we also calculated estimated upper body blood flow (eUBBF). We extracted each parameter every 30 minutes through each treatment. We compared variables dependent on whether IDH occurred in the subsequent 30 minutes. Separate linear mixed effects regression models were used at each timepoint, with each CLM parameter as the dependent variable, IDH status as a dummy-coded predictor and subject as a random effect to account for repeated measures on individuals.

The ability for RBV to predict IDH depends on the time of onset. ScvO2 and eUBBF better predict IDH than SaO2, reflecting the dependence of ScvO2 on cardiac output while SaO2 more reflects pulmonary function. 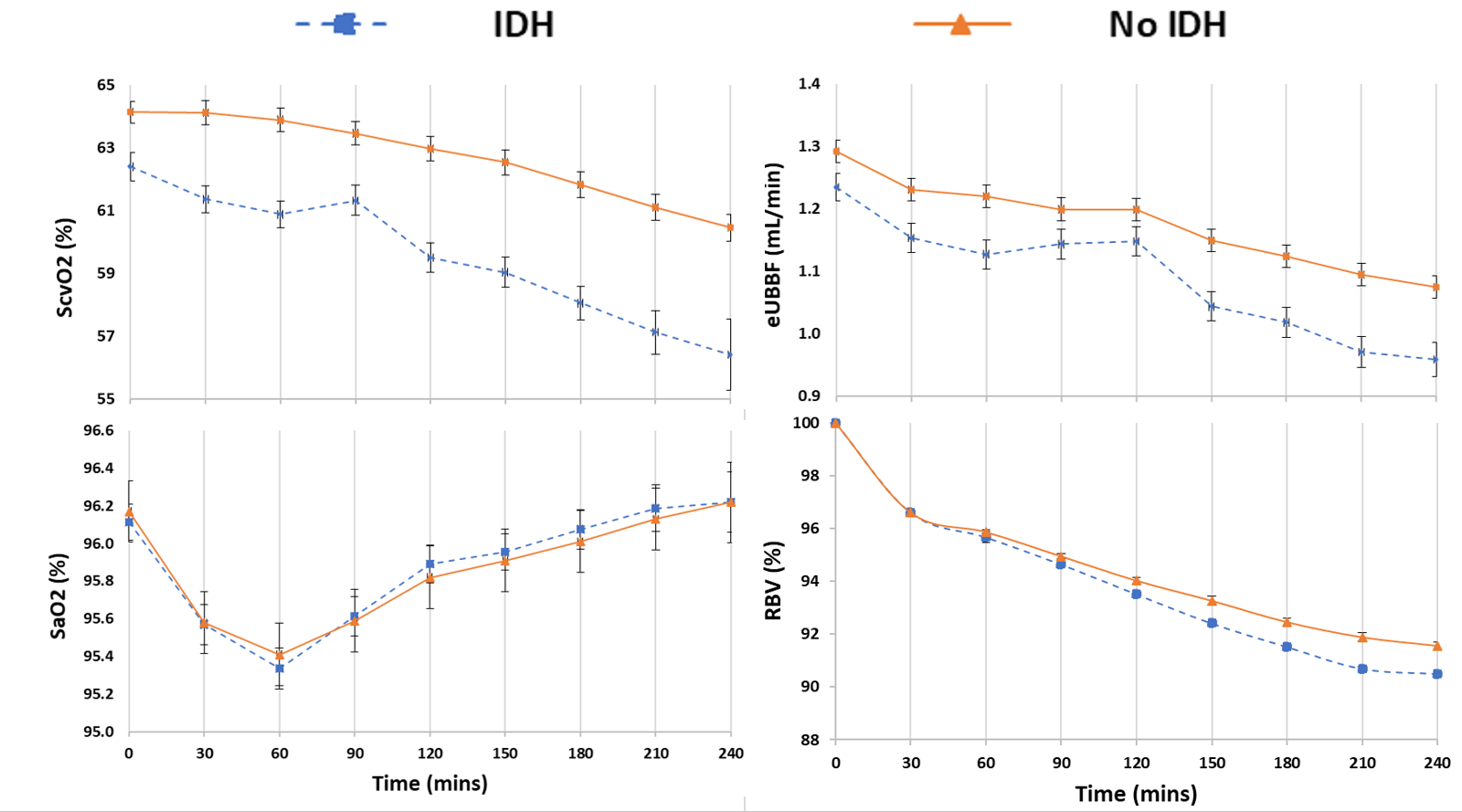