Ambulatory blood pressure monitoring (ABPM) is increasingly utilized for the diagnosis of hypertension (HTN). While adult guidelines use absolute blood pressure (BP) cut points to define ambulatory HTN, current pediatric guidelines define ambulatory HTN based on a sex- and height-specific 95th percentile derived from limited pediatric normative data, in which many tall adolescents have a threshold for HTN higher than adult cut-points.

A single static cut-point using absolute ambulatory SBP is non-inferior to sex-and height- based SBP percentile in predicting LVH in youth. The cut-points for 24-hour and wake ABPM are lower than those for adults but may be used to define ambulatory HTN in this population. 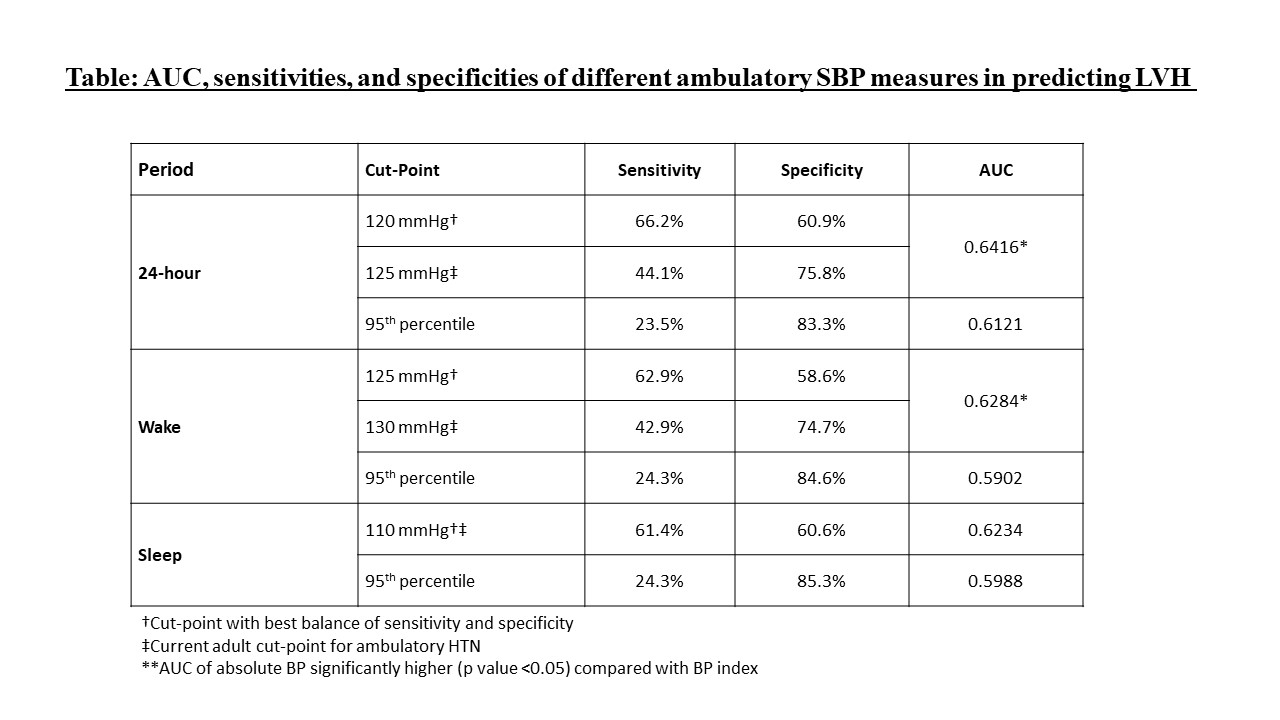