It’s Not a Bad Trip with This Acid: Sodium Thiosulfate Use in Refractory Metabolic Alkalosis

It’s Not a Bad Trip with This Acid: Sodium Thiosulfate Use in Refractory Metabolic Alkalosis

Metabolic alkalosis is often a complication of loop diuretic use. It may at times become rate limiting. Serum bicarbonate (HCO3) levels upwards of 30 mmol/L can make even the most eager clinician stop dead in their tracks in the quest for optimal volume control.

Here we highlight two patients, a 63 year old female and an 81 year old gentleman, who while on diuretic therapy developed severe metabolic alkalosis, with peak serum bicarbonate levels of 39 and 44 mmol/L respectively. Several strategies were attempted to mitigate the alkalosis. Potassium was aggressively repleted to maintain a normal serum level of 4.5 and 3.6 mmol/L respectively, however, this was unsuccessful. Acetazolamide was employed but ineffective due to its limited efficacy in the setting of low effective circulating volume and renal insufficiency. Advanced measures such as hydrochloric acid and ammonium chloride were not readily available nor feasible to administer. Ultimately, given the known side effect of sodium thiosulfate (STS) to cause metabolic acidosis, STS was administered, resulting in a decrease in the serum HCO3 level and an ability to resume diuresis.

When continued diuresis is necessary and correction of metabolic alkalosis cannot be facilitated by potassium repletion or carbonic anhydrase inhibitors, a novel option is to utilize STS and its known ability to generate an acid load to treat the alkalosis. While the mechanism is unclear, a metabolite of STS, hydrogen sulfide, is proposed to be the source of acid. This strategy for correcting metabolic alkalosis has never been reported in the literature before. 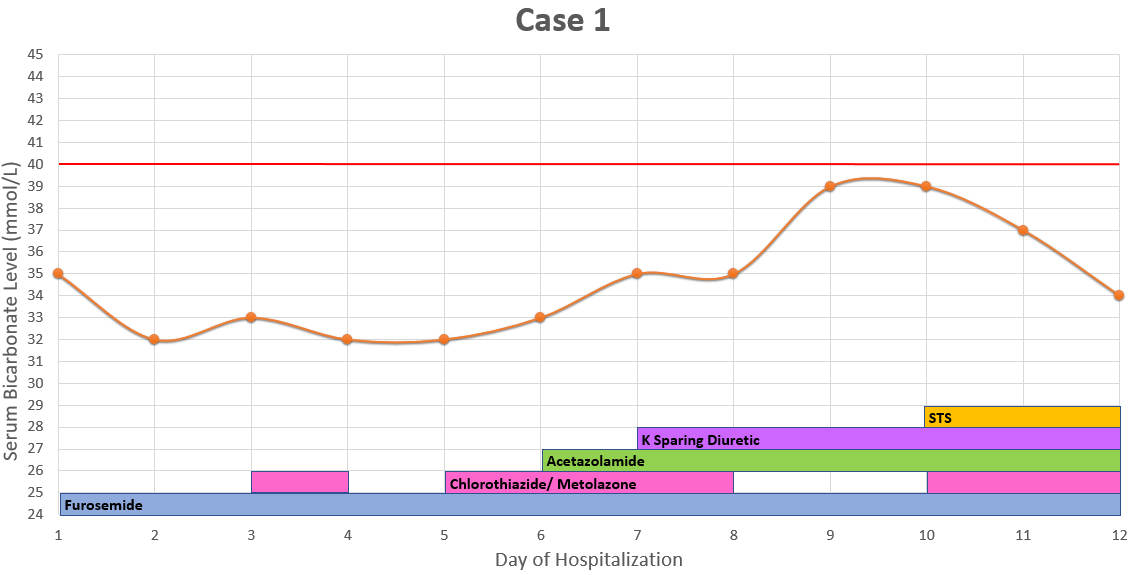 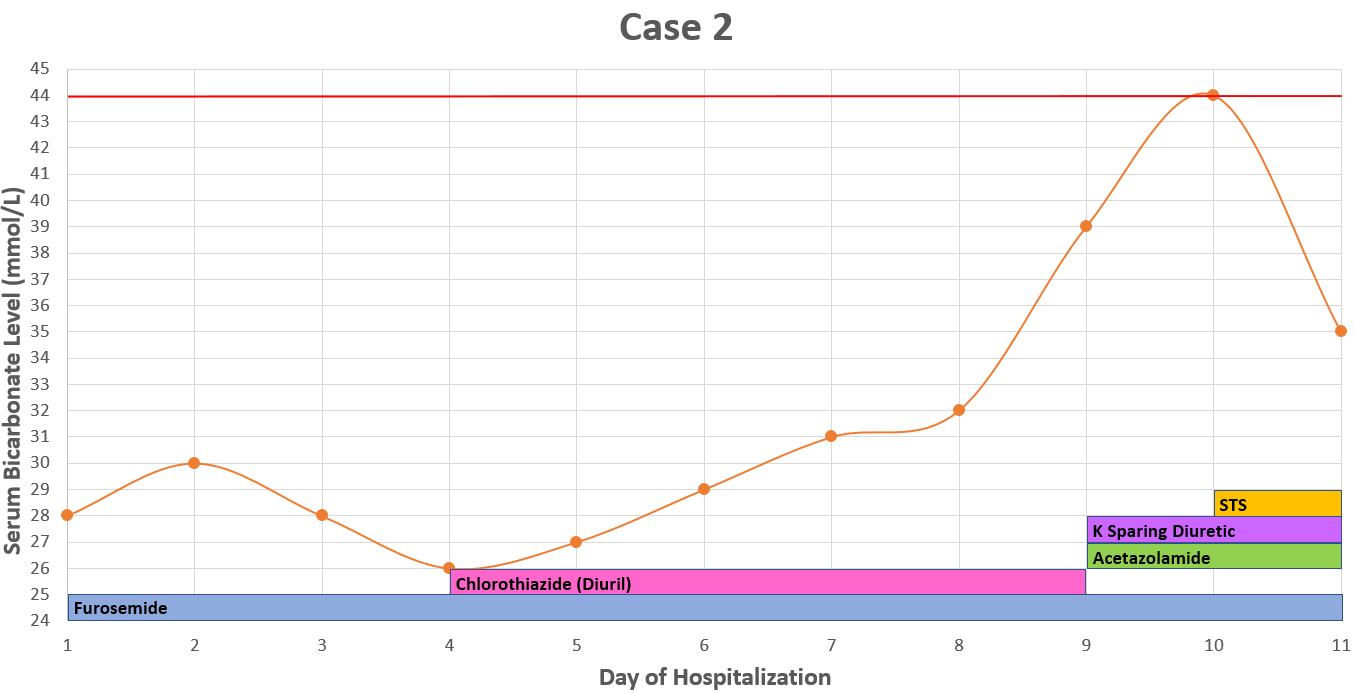