This case highlights the clinical presentation and management of an uncommon kidney transplant biopsy complication.

Kidney biopsy is commonly utilized for diagnosis and management of transplant complications. It is generally a safe procedure, with post-biopsy bleeding being the most common complication, often with no clinical significance. However, serious complications can occur, with AVM among them. Patients with kidney transplants have been noted to have a higher incidence of post-biopsy AVM. A portion of AVMs remain asymptomatic and self-resolve, while others manifest as hypertension, graft dysfunction, and hematuria. An ultrasound with Doppler is critical for the diagnosis. Endovascular embolization is an effective and minimally invasive management option for most patients.

Teaching Points
-Ultrasound with Doppler assesses for the presence of AVM
-Symptoms of post-biopsy AVM include hypertension, renal graft dysfunction, and gross hematuria
-Transplant patients are at increased risk for post-biopsy AVM 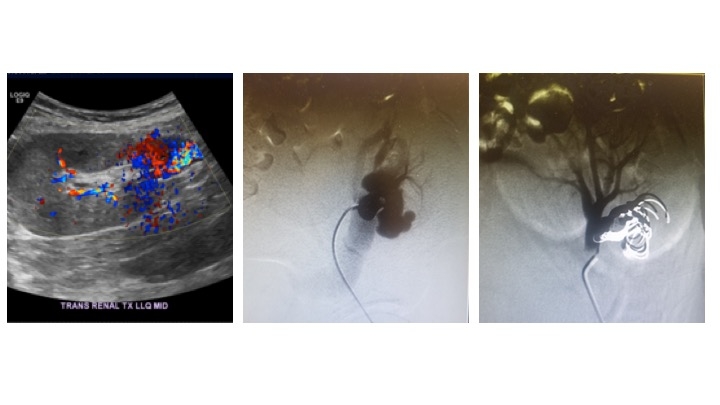