Extracorporeal circulation, such as hemodialysis, is required systemic anticoagulation to avoid thrombus formation. However, conventional anticoagulation methods may induce hemorrhage complications, especially those patients who have bleeding diseases. As dialyzer membrane is the main site of thrombosis. Anticoagulant modification of the dialysis membrane may decrease local clotting of the dialyzer membrane, and doesn't increase the bleeding risk of dialysis patients.

We chose argatroban(AG), a direct thrombin inhibitor, to modify a polyethersulfone(PES) membrane. Fourier transform infrared spectroscopy(FTIR) was used to confirm that AG was grafted to the PES successfully. Scanning electron microscopy(SEM) was used to observe the characteristic morphology of the membranes. Activated partial thromboplastin time, prothrombin time, and thrombin time were detected to evaluate the antithrombotic property of the modified membrane.

FTIR of PES and modified membranes 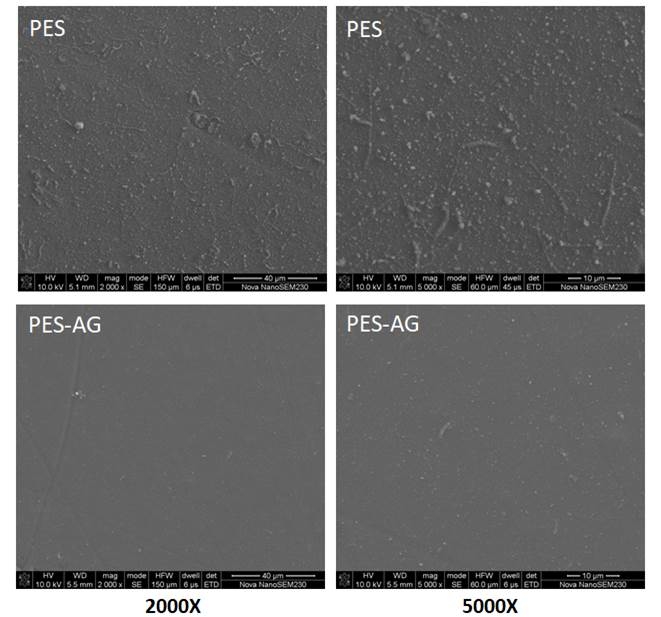