Treatment Pathways of CKD Patients Defined by the 2012 KDIGO CKD Classification: A Report from the DISCOVER CKD Retrospective Cohort

Treatment Pathways of CKD Patients Defined by the 2012 KDIGO CKD Classification: A Report from the DISCOVER CKD Retrospective Cohort

Treatment strategies to delay the progression of CKD focus on use of RAASi, anti-hypertensive and, for patients with type 2 diabetes, anti-diabetic therapy. Data describing treatment pathways in patients defined according to the 2012 KDIGO classification are scarce.

We observed a high proportion of time on therapy for key pharmacological treatments during the follow-up period. However, it is well established that a substantial residual risk and unmet need exists with current standard of care. 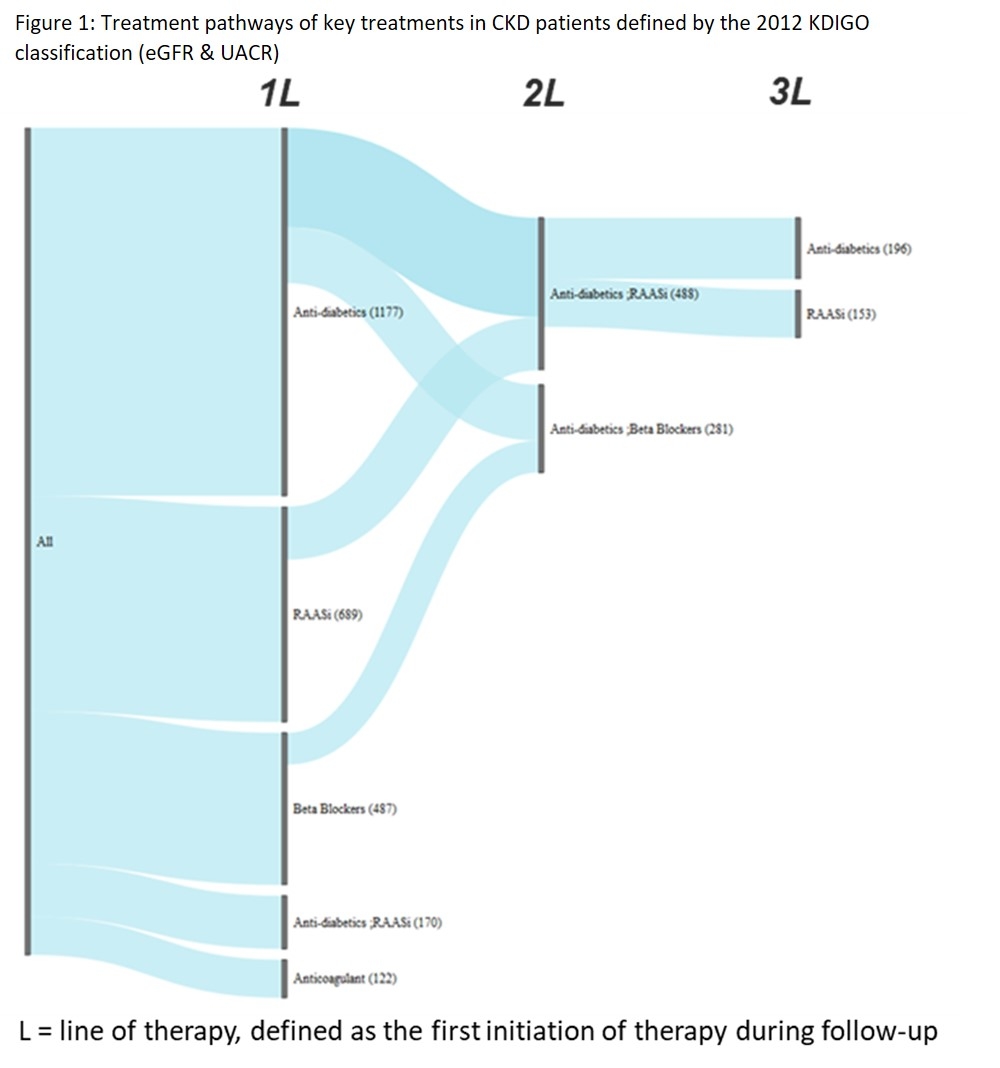