PLA2R is the major autoantigen of pMN. There is no information on T cell epitopes. We previously identified the risk HLA molecules DRB1*1501 and DRB1*0301.

123 linear peptides, each consisting of 15-22 amino acids and overlapping by 8-12 amino acids, were synthesized across PLA2R. Their binding capacity to DRB1*1501 and DRB1*0301 were assessed by flow cytometry. Proliferation of CD4+ T cells from patients with anti-PLA2R positive pMN was analyzed after peptide stimulation using CFSE dilution assay. Cytokines produced by activated PBMC were measured by cytometric beads array. 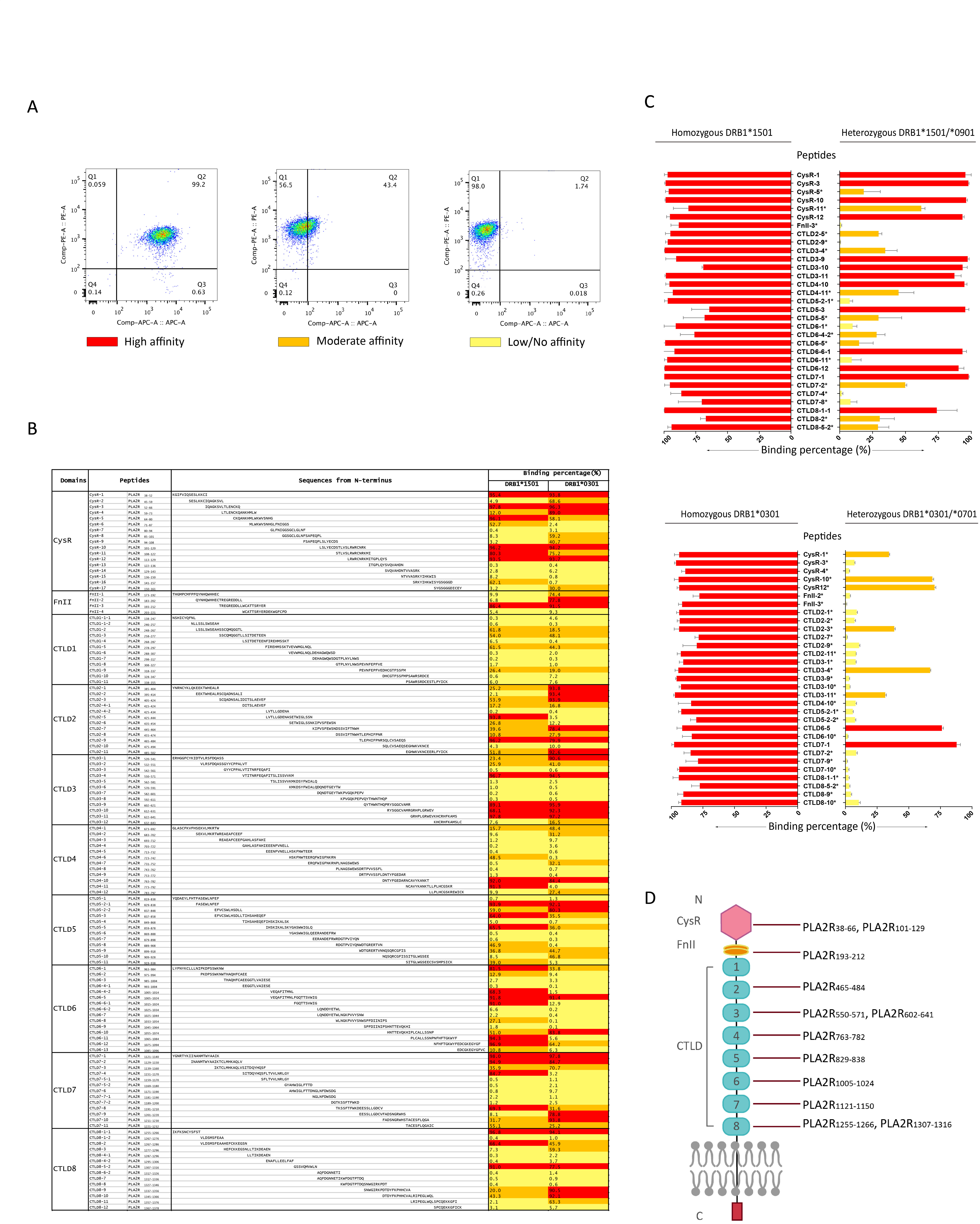 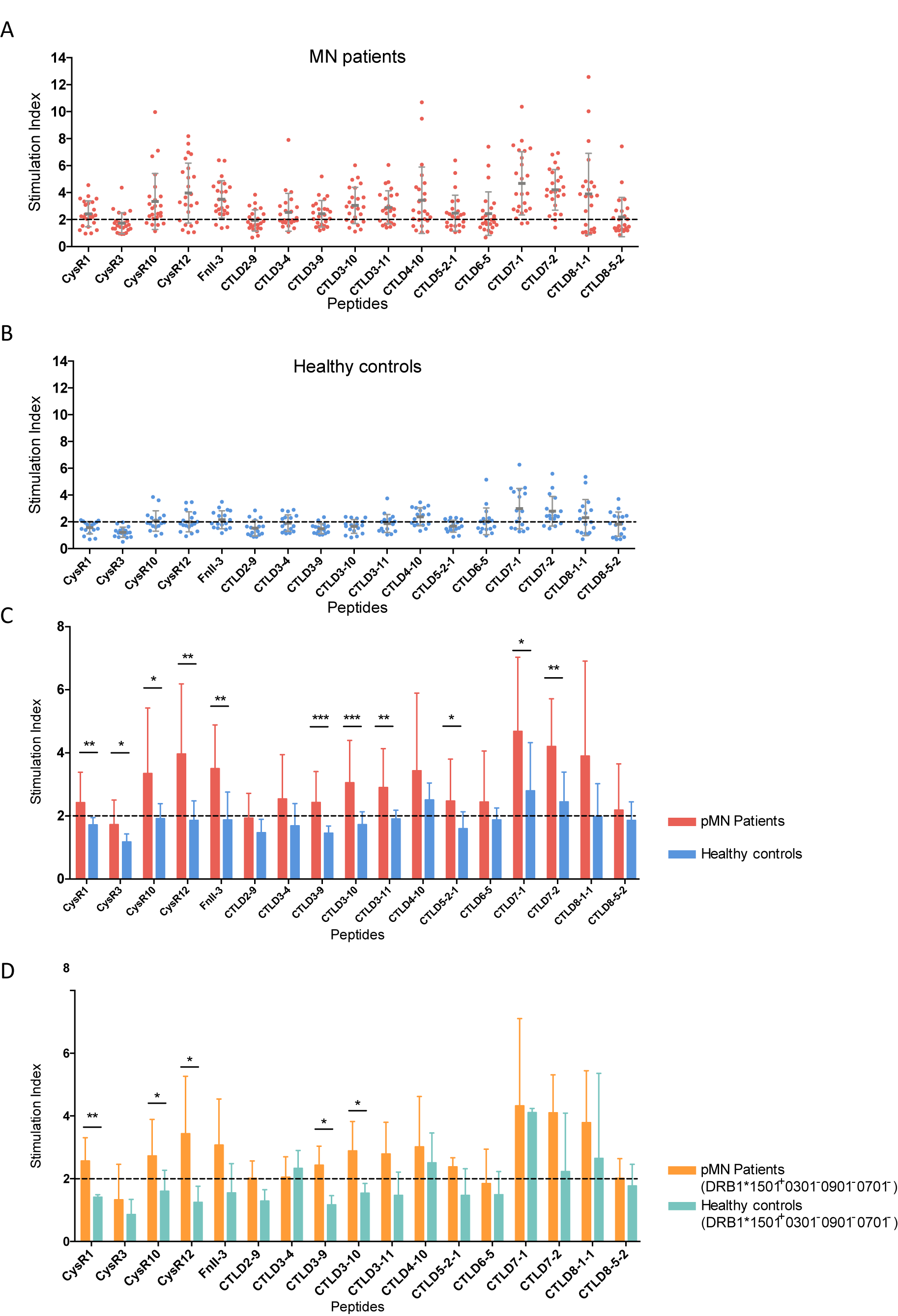