The kidney allocation system (KAS) and the Estimated Post Transplant Survival (EPTS) score were introduced in the United States in December 2014. The transplant rate among very high EPTS candidates (>90%) may be impacted by lack of KAS priority, geographic factors based on the location of the listed Organ Procurement Organization (OPO), and/or differences in waitlist mortality/delisting. Here we study the impact of new KAS among the candidates with EPTS>90%. 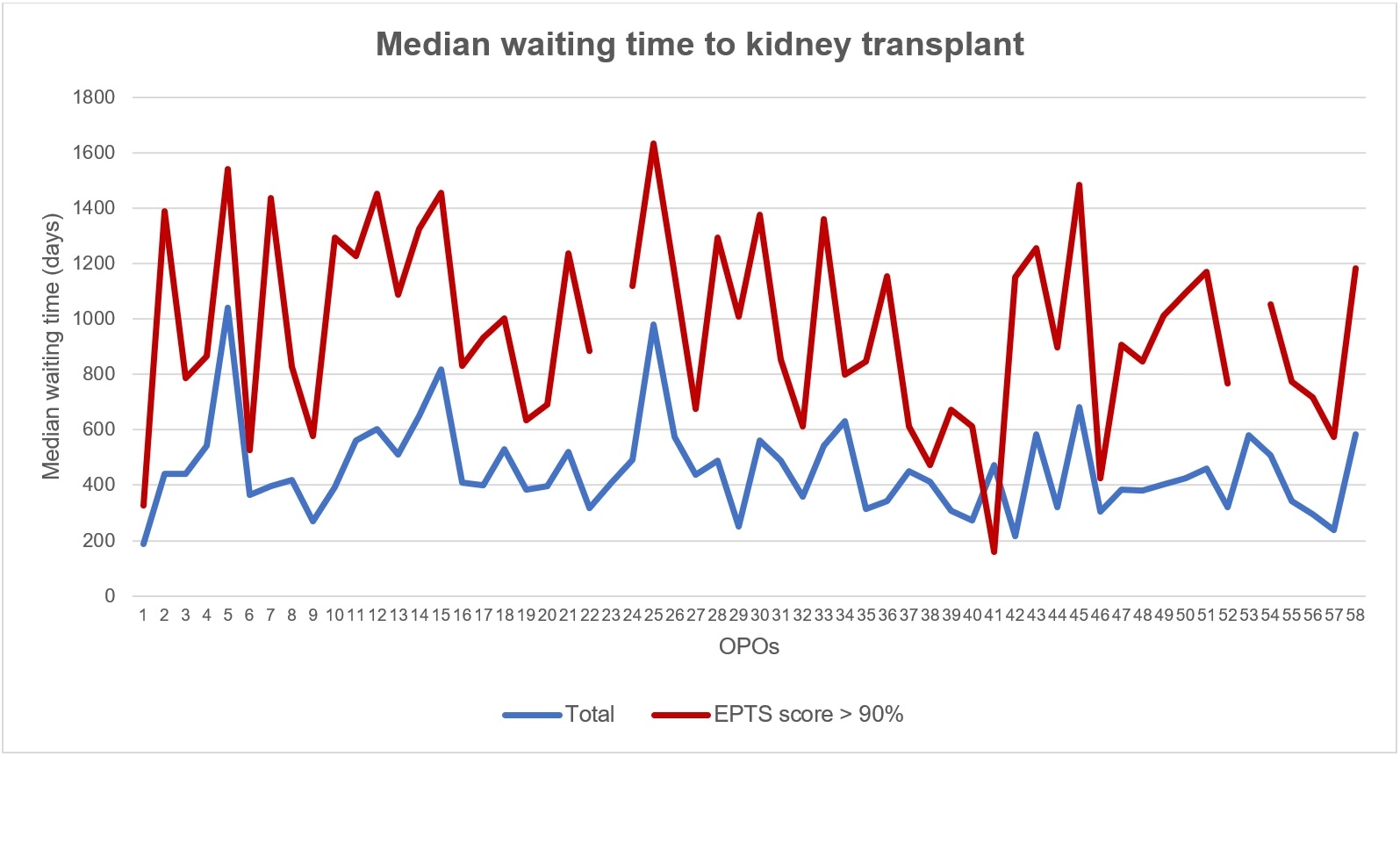