Disorders of the thyroid and kidney may co-exist. Isolated case reports of Graves’ disease associated with various glomerular diseases, including membranous nephropathy, membranoproliferative GN, fibrillary GN, and minimal change disease have been published. A patient with membranous nephropathy and Graves’ disease who had improvement but not resolution of proteinuria after treatment with radioactive iodine has been described (Sasaki et al. CEN Case Rep. 2014; 3(1): 90-93). We report a case of nephrotic syndrome associated with Graves’ disease which completely resolved after treatment of the thyroid disease with radioiodine.

Although relatively uncommon, Graves’ disease needs to be considered as a reversible cause of nephrotic syndrome. 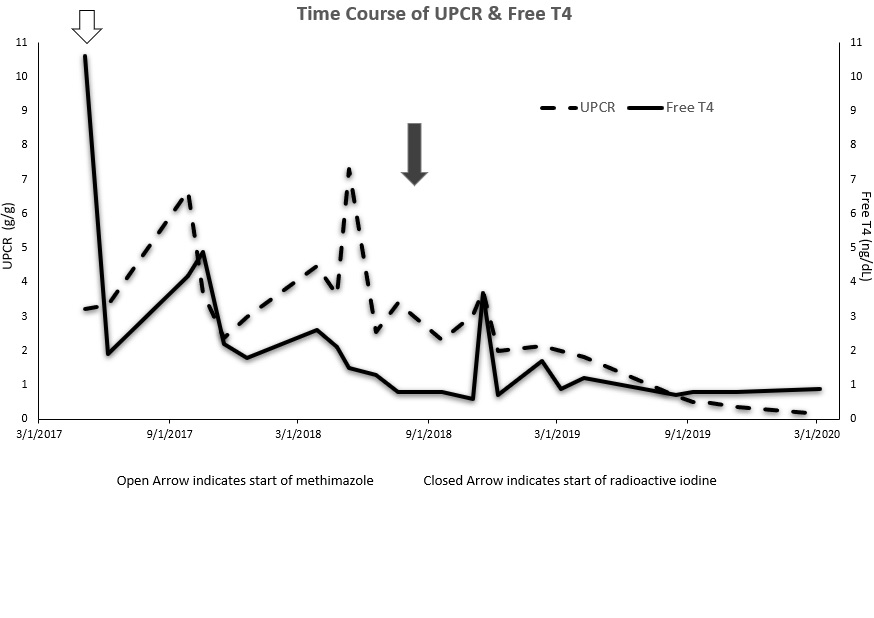