A relative reduction in proteinuria has been proposed as a surrogate outcome for therapeutic trials in IgA nephropathy (IgAN). We sought to quantify the association between duration of proteinuria remission and the risk of disease progression in IgAN.

Of 1864 patients who entered a first remission, 274 (14.7%) experienced the outcome during median follow-up of 3.9 years. The relationship between duration of proteinuria remission and the primary outcome was non-linear (Figure). Each 3 months in sustained remission up to 51 months was associated with an additional 9% reduction in the risk of disease progression (HR 0.91, 95% CI 0.89-0.93). Each additional 3 months in remission beyond 51 months was associated with a non-significant risk reduction (HR 0.99, 95% CI 0.96-1.03). Results were robust to multivariable adjustment and consistent across subgroups including immunosuppression exposure. 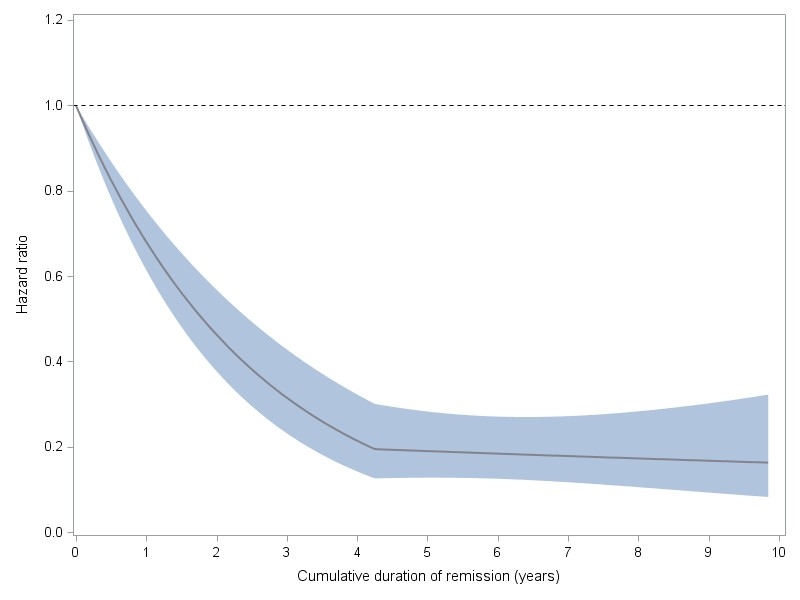