We measured 6-minute walk test (6MWT, meters) and 1-minute sit-to-stand test (STS, number of repetitions from standing to sitting position) performances within 1 year prior to KTx. Physical performance indices were re-measured at 3 and 6-months, and 1-year post-KTx. Multivariable linear regression was used to assess which baseline characteristics were associated with 6MWT and STS. Trajectories of 6MWT and STS were assessed by baseline performance using a generalized estimating equation.

Among 85 patients who performed baseline assessments, 39, 33 and 40 completed 3, 6, and 12-month evaluations, respectively. Average age was 53 and average dialysis vintage was 7 years. 49% had diabetes mellitus, 18% had coronary artery disease, 5% had cerebrovascular disease, and 10% had peripheral arterial disease (PAD). In the multivariate model, age, female sex, and the presence of PAD were associated with lower 6MWT, while age and female sex were associated with lower STS. Median 6MWT and STS were 419m and 20 repetitions, respectively. 6MWT decreased somewhat after transplant across timepoints, and the trajectory was not significantly modified by baseline 6MWT (Figure 1). In contrast, STS increased post-Tx (Figure 2), but more so in patients with higher baseline STS (p=0.001), an effect which persisted after multivariate adjustment for age, sex and PAD (p=0.002).

Walking ability did not improve appreciably after KTx. STS, a measure of lower body strength, improved progressively post-KTx, but was mostly observed in patients with higher baseline STS. Results must be interpreted with caution, since all patients, even those with lower physical performance, were selected to proceed with KTx. 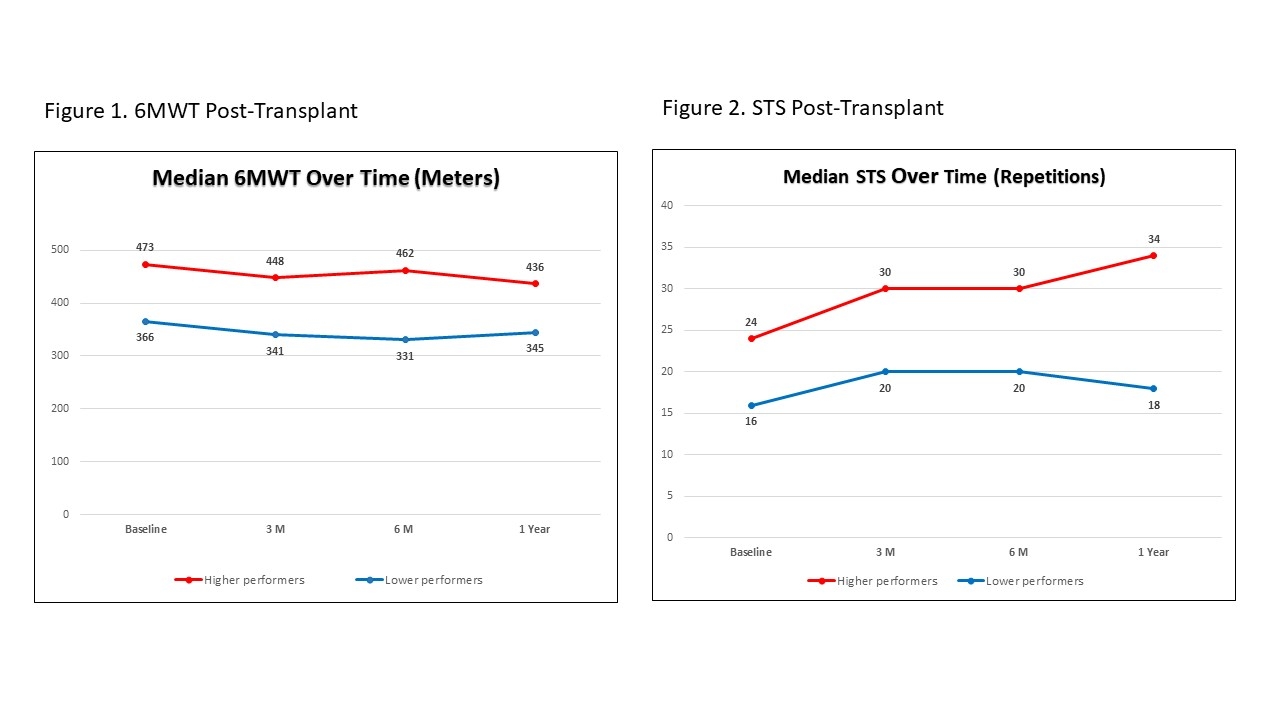