Acute kidney injury (AKI) is common among hospitalized patients and has a significant impact on morbidity and mortality. While early prediction of AKI has the potential to reduce adverse patient outcomes, it remains a difficult condition to predict and diagnose. The purpose of this study was to evaluate the ability of a machine learning algorithm to predict for AKI KDIGO Stage 2 or 3 up to 72 hours in advance of onset using convolutional recurrent neural nets (CNN) and patient Electronic Health Record (EHR) data.

On a hold-out test set, the algorithm attained an Area Under the Receiver Operating Characteristic (AUROC) of 0.85 and PPV of 0.25, relative to a cohort AKI prevalence of 5.21%, for long-horizon AKI prediction at a 72-hour window prior to onset. The ROC curve comparison of 72-hour prediction on the 10% hold-out test set is shown in Figure 1. The CNN model, which was provided text data through Doc2Vec input, outperformed the XGBoost model and the SOFA score. 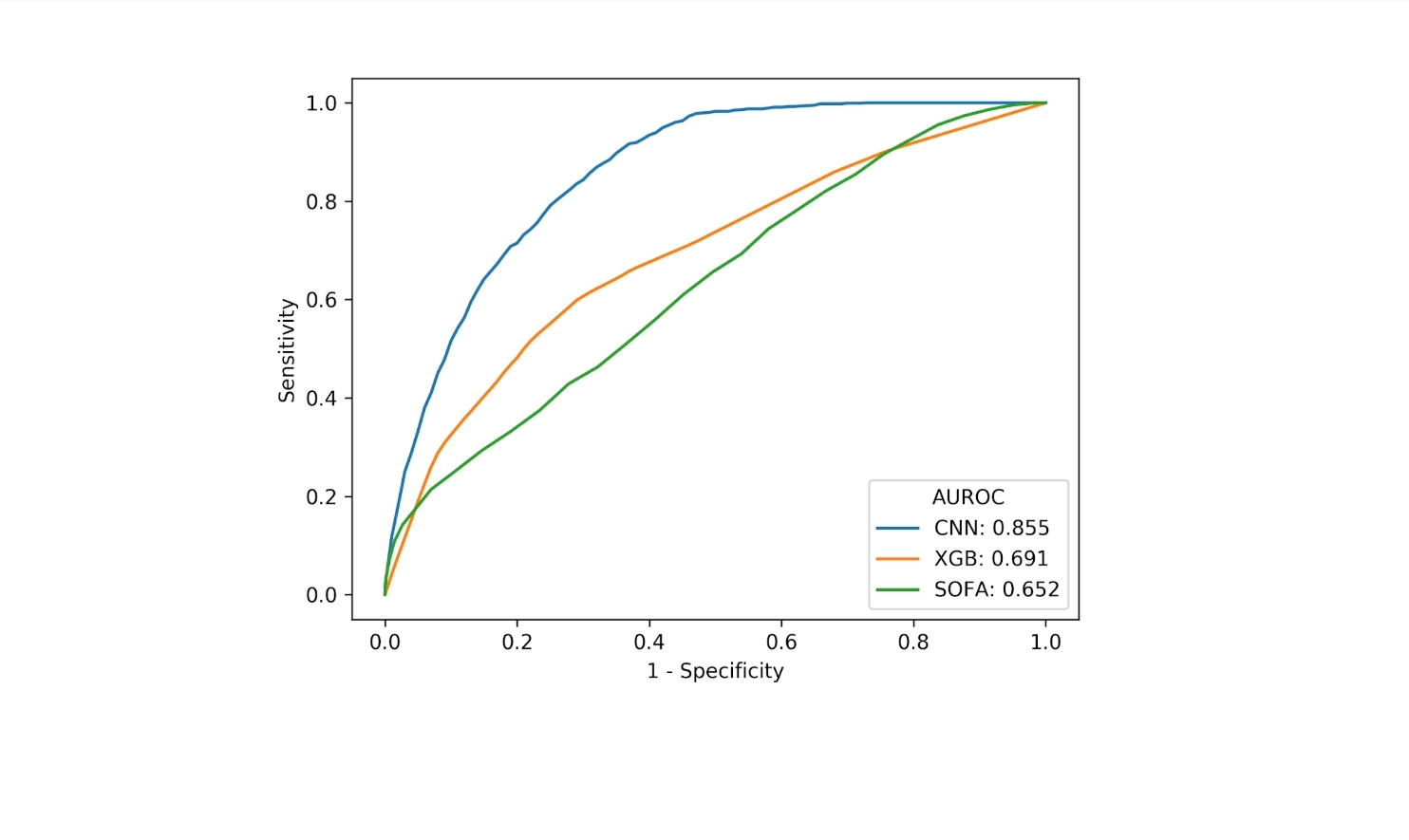 ROC curve comparison of prediction performance using a CNN classifier, an XGB classifier, and the SOFA score, 72 hours prior to AKI onset on the MIMIC III ICU hold out data set.