Hemodiafiltration Maintains a Sustained Improvement in BP Compared with Conventional Hemodialysis in Children: The HDF, Heart and Height (3H) Study

Hemodiafiltration Maintains a Sustained Improvement in BP Compared with Conventional Hemodialysis in Children: The HDF, Heart and Height (3H) Study

Hypertension is prevalent in children on dialysis and associated with left ventricular hypertrophy, cardiovascular disease, and mortality. We studied the blood pressure (BP) trends as well as risk factors associated with the evolution of BP over 1-year in children on conventional hemodialysis (HD) vs hemodiafiltration (HDF)

Children on HD had a significant and sustained increase in BP over the 1-year study period compared to an attenuated and non-significant increase in HDF. Volume overload with higher IDWG%, but not anti-hypertensive medications, was associated with a higher MAP-SDS in both groups 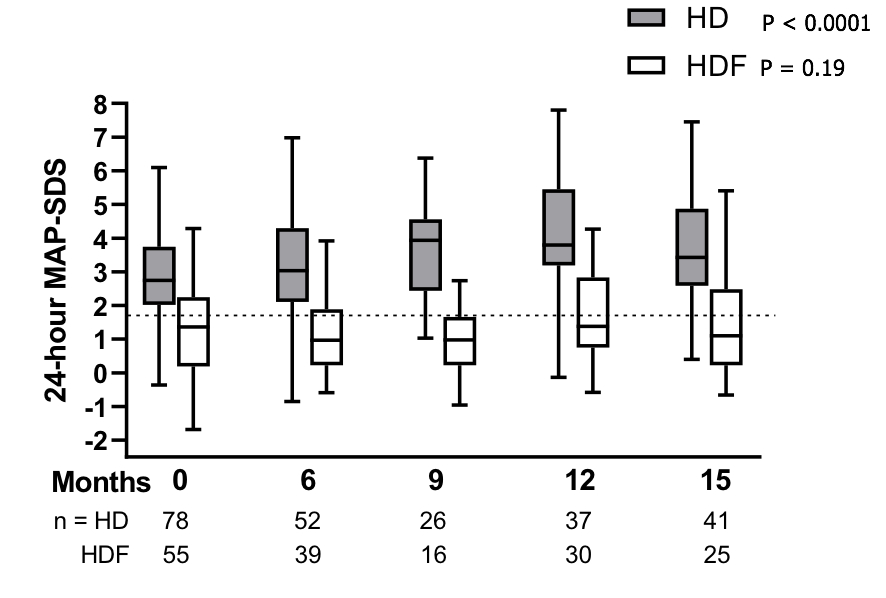