Ammonia is a product of protein catabolism that is converted to less toxic urea before excretion by the kidneys in urine. Hyperammonemia can be associated with coma, cerebral edema, and herniation. Ammonia levels do not correlate linearly with encephalopathy, especially in patients with chronic hyperammonemia.

A 63-year-old female with a history of Roux-en-Y gastric bypass surgery > 20 years ago and malnutrition presented with three weeks of encephalopathy. Initial workup, including head CT and EEG, was negative. She was noted to have normal liver function and an elevated ammonia level of 110 µmol/L which was not responsive to conventional therapies. Continuous veno-venous hemodialysis (CVVHD) was successfully employed to prevent neurologic catastrophe. After discontinuation of CVVHD, she experienced recurrence of hyperammonemic encephalopathy prompting the use of hemodialysis (HD) intermittently throughout the hospital stay. We believe this patient’s paroxysmal hyperammonemic encephalopathy is a consequence of progressive metabolic disarray following gastric bypass surgery coupled with an exceptionally poor diet.

There is historical precedent for extracorporeal blood purification in hyperammonemic states, typically related to pediatric inborn errors of nitrogen metabolism or fulminant liver failure with hyperammonemic encephalopathy. Recurrent hyperammonemic encephalopathy in the absence of liver failure has been described after bariatric surgery. Ammonia, a small, water-soluble molecule without significant protein binding, is cleared well with dialysis. Due to a large volume of distribution, ammonia levels frequently rebound after discontinuation of HD. Intermittent HD allows for the highest rate of reduction of ammonia, though CVVHD may be superior in severe encephalopathy.This patient’s ongoing need for HD, either chronically or episodically during decompensations, remains to be determined. 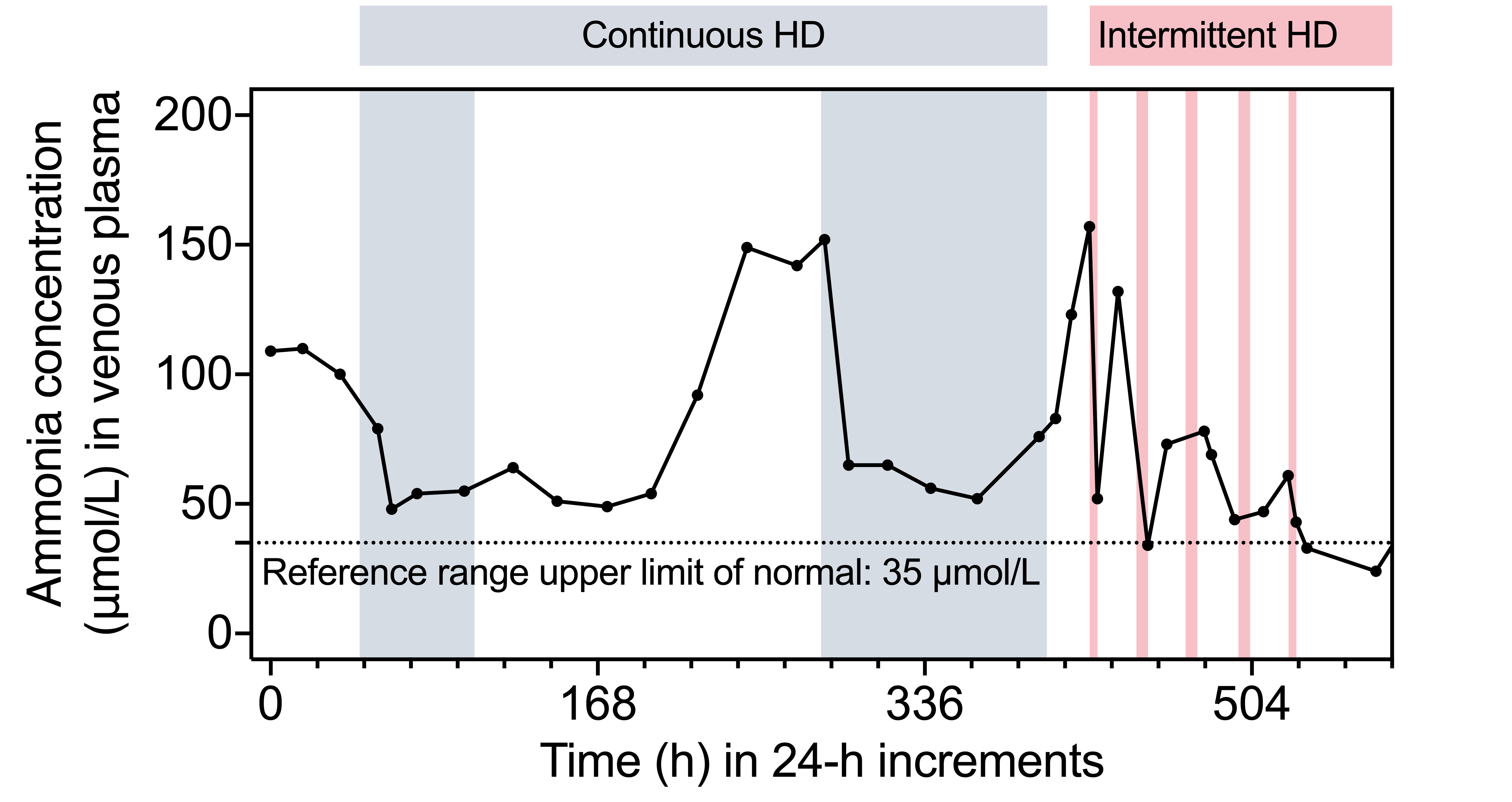