Effects of Semaglutide on CKD Outcomes: A Post Hoc Pooled Analysis from the SUSTAIN 6 and PIONEER 6 Trials

Effects of Semaglutide on CKD Outcomes: A Post Hoc Pooled Analysis from the SUSTAIN 6 and PIONEER 6 Trials

In the overall population, hazard ratios (HRs) for onset of persistent eGFR reductions with semaglutide vs PBO were not statistically significantly different from 1, but estimated HRs were <1.0, favoring semaglutide. Estimated HRs for semaglutide vs PBO in the eGFR ≥30–<60 mL/min/1.73 m2 subgroup were generally lower than in the overall population; semaglutide significantly reduced the risk of developing a persistent 30% eGFR reduction vs PBO (p=0.03; Figure). No significant interactions between treatment and eGFR subgroup were observed. 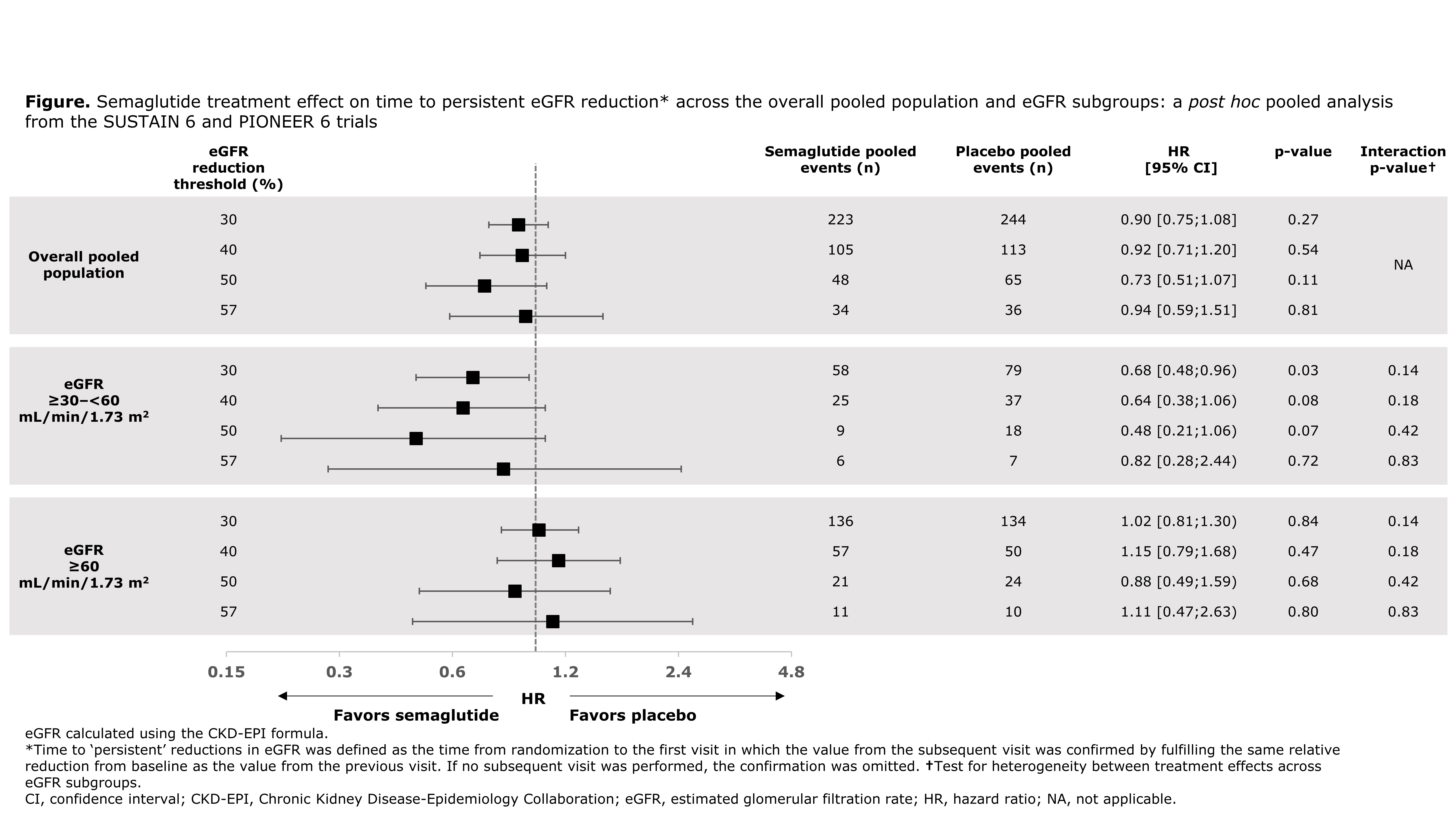